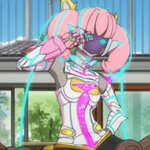 Sentai Filmworks is gearing up to release the complete Gatchaman Crowds anime on DVD and Blu-ray on September 2, which… is pretty darn close! Despite the fact that the release is right around the corner, Sentai just recently announced the English dub cast for the 2013 series, and you can see who’s who below. 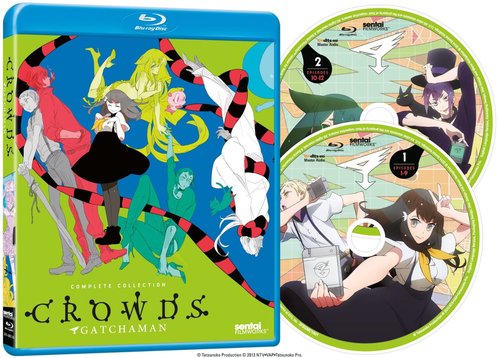 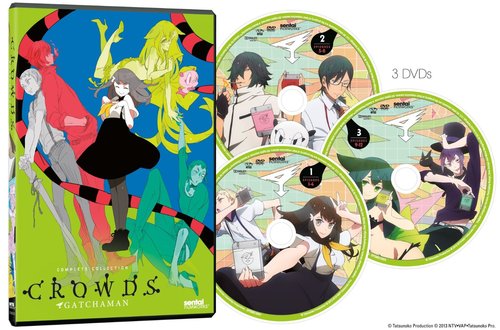 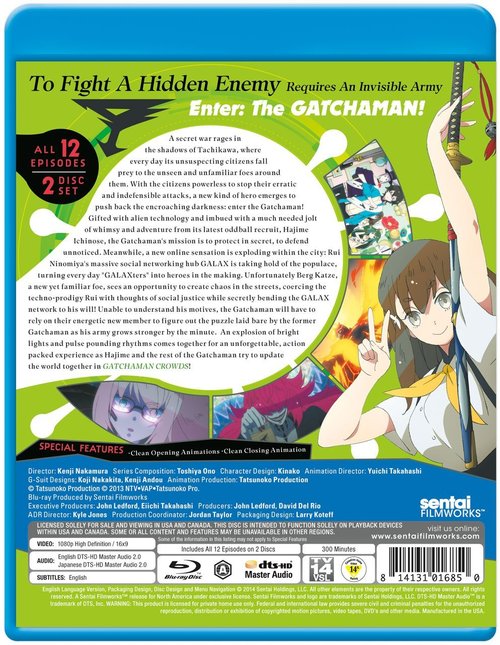 A secret war rages in the shadows of Tachikawa City, where every day its unsuspecting citizens fall prey to the unseen and unfamiliar foes around them. With the citizens powerless to stop their erratic and indefensible attacks, a new kind of hero emerges to push back the encroaching darkness: enter the Gatchaman! Gifted with alien technology the likes of which the world has never seen, and imbued with a much needed jolt of whimsy and adventure from its latest oddball recruit, Hajime Ichinose, the Gatchaman’s mission is to protect in secret, to defend unnoticed. Meanwhile, a new online sensation is exploding within the city: Rui Ninomiya’s massive social networking hub known as GALAX is taking hold of the populace, turning every day “GALAXters” into heroes in the making.

Unfortunately, a new yet familiar foe known only as Berg Katze sees an opportunity to create chaos in the streets, coercing the techno-prodigy Rui with thoughts of social justice while secretly bending the GALAX Network to his will! Unable to understand his motives, the Gatchaman will have to rely on their energetic new member to figure out the puzzle laid bare by the former Gatchaman as his army grows stronger by the minute.   An explosion of bright lights and pulse pounding rhythms comes together for an unforgettable, action packed experience as Hajime and the rest of the Gatchaman try to update the world together in GATCHAMAN CROWDS!