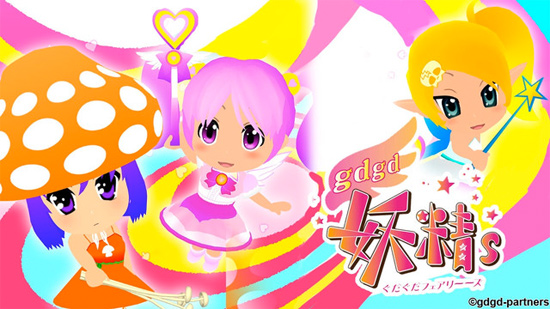 gdgd Fairies was the tipping point in a year of shows like Inferno Cop, Straight Title Robot Anime and Peeping Life that made me realize “yeah, I’m okay with the anime industry producing the equivalent of Adult Swim shows whose budgets consist of a pirated copy of flash and a bag of Doritos.” And now it’s getting a movie.

For those who haven’t seen gdgd Fairies yet, first: it’s pronounced “gudaguda fairies,” which means… “Tedious Fairies,” I guess, if I had to come up with an English title right now and you had a gun pointed to my head. Second: it’s on Crunchyroll and it consists of two seasons of 14-minute episodes of often hilariously cheap CG animation. 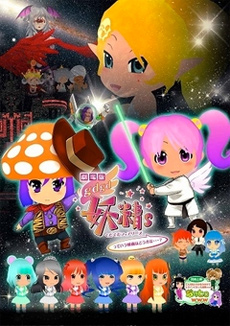 It’s one of those shows that people will tell you is “kind of like Seinfeld,” but really it’s an absurdist sketch comedy show with (sometimes) recurring segments and copious voice-actor adlibbing. But sometimes it’s none of those things. I’m going to quote Dave Cabrera on this one, since he’s the one who made me aware of the show in the first place: “gdgd Fairies doesn’t care about anything, least of all whether you laugh. It’s dangerous.” It’s all rendered in low-polygon 3D, and looks kind of like an old Playstation game.

The movie version, titled something to the effect of “I Wonder What the gdgd Fairies Movie Is Gonna Be Like?” (a question we are all wondering at this time) will have Suzuko Mimori, Kaoru Mizuhara and Satomi Akesaka returning to their roles as the titular fairies, and series creator Sota Sugahara handling character design and direction. And by all accounts it’s definitely still going to look like an old Playstation game.
What’s new is the involvement of Peeping Life director Ryoichi Mori on scriptwriting duties, which I am all about (coincidentally, Peeping Life is on Anime Bancho’s youtube channel for free. You might want to check that out. Just saying). Very exciting news.

Also new to the movie version is musical group Denpagumi.inc, whose members will be guest-starring in the film. Something tells me their involvement is going to be a little bit more… outside the box, let’s say, than your average movie musical guest.

The gdgd Fairies movie will be getting a limited release September 27, and we’ll be there with a review. Unless this is all a huge joke, which is entirely possible.