FUNimation to Stream Seraph of the End Anime 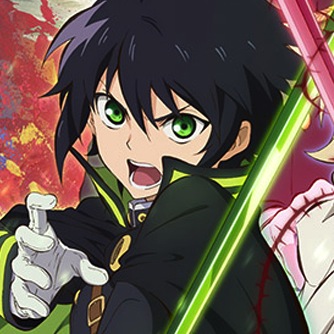 FUNimation announced more anime simulcasts for spring 2015, including the latest from Attack on Titan and The Rolling Girls producers WIT Studio. Based on the manga written by Takaya Kagami, illustrated by Yamato Yamamoto, and storyboarded by Daisuke Furuya, Seraph of the End: Vampire Reign kicks off on April 4 at 10:00am ET.

From Wit Studio, the creative force behind Attack on Titan, comes a brand-new action series—Seraph of the End: Vampire Reign! After a mysterious virus wipes out ninety percent of humanity, vampires emerge from the recesses of the earth to enslave mankind, treating them like livestock. After growing tired of donating blood in exchange for protection, 12-year-old Yuichiro Hyakuya and his best friend Mikaela Hyakuya plot an escape along with the other orphans. After being the only successful runaway, Yuichiro joins the Moon Demon Company, an extermination unit of the Japanese Imperial Demon Army dedicated to killing off vampires. A true shonen fan should not miss out on Seraph of the End: Vampire Reign!