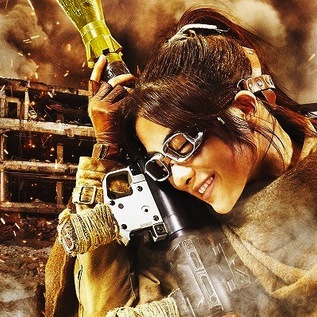 Well, we now know when we’ll be able to check out the first live-action Attack on Titan film in English. FUNimation announced its acquisition of the theatrical, home entertainment, video on demand, and broadcast rights to the two-part adaptation, with plans to distribute it across the Americas.

Attack on Titan‘s first part opens in Japan on August 1, but its world premiere will be held July 14 at the Egyptian Theatre in Los Angeles, CA.

Director Shinji Higuchi will be making a special appearance at San Diego Comic-Con for an autograph session with fans on Sunday, June 12 at 1:00pm PST at FUNimation’s booth (#4135). The special appearance and the subtitled world premiere will help promote the August 1 Japanese release of the film, and the premiere will include a red carpet event with special guests Haruma Miura, who plays Eren; Kiko Mizuhara, who plays Mikasa; and Higuchi.