Fullmetal Alchemist mangaka Hiromu Arakawa has another new work in the chamber, and this time it’s an adaptation of Yoshiki Tanaka‘s epic fantasy novel series The Heroic Legend of Arslan. Arakawa’s take on the material is scheduled to kick off in Shonen Magazine‘s August issue, which hits shelves in Japan on July 9.

The Heroic Legend of Arslan novels—which began in 1986 and are still ongoing—were previously adapted into anime films and OVA episodes, as well as another manga by Chisato Nakamura. The Mamoru Hamatsu directed anime films were released in North America courtesy of Central Park Media. Arslan author Tanaka is also known for the original Legend of the Galactic Heroes science fiction novels. 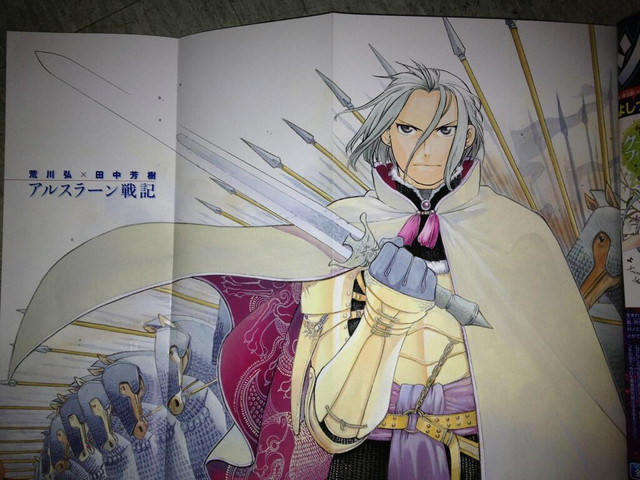