From the Red Fog is a Moody, Victorian England Horror Story 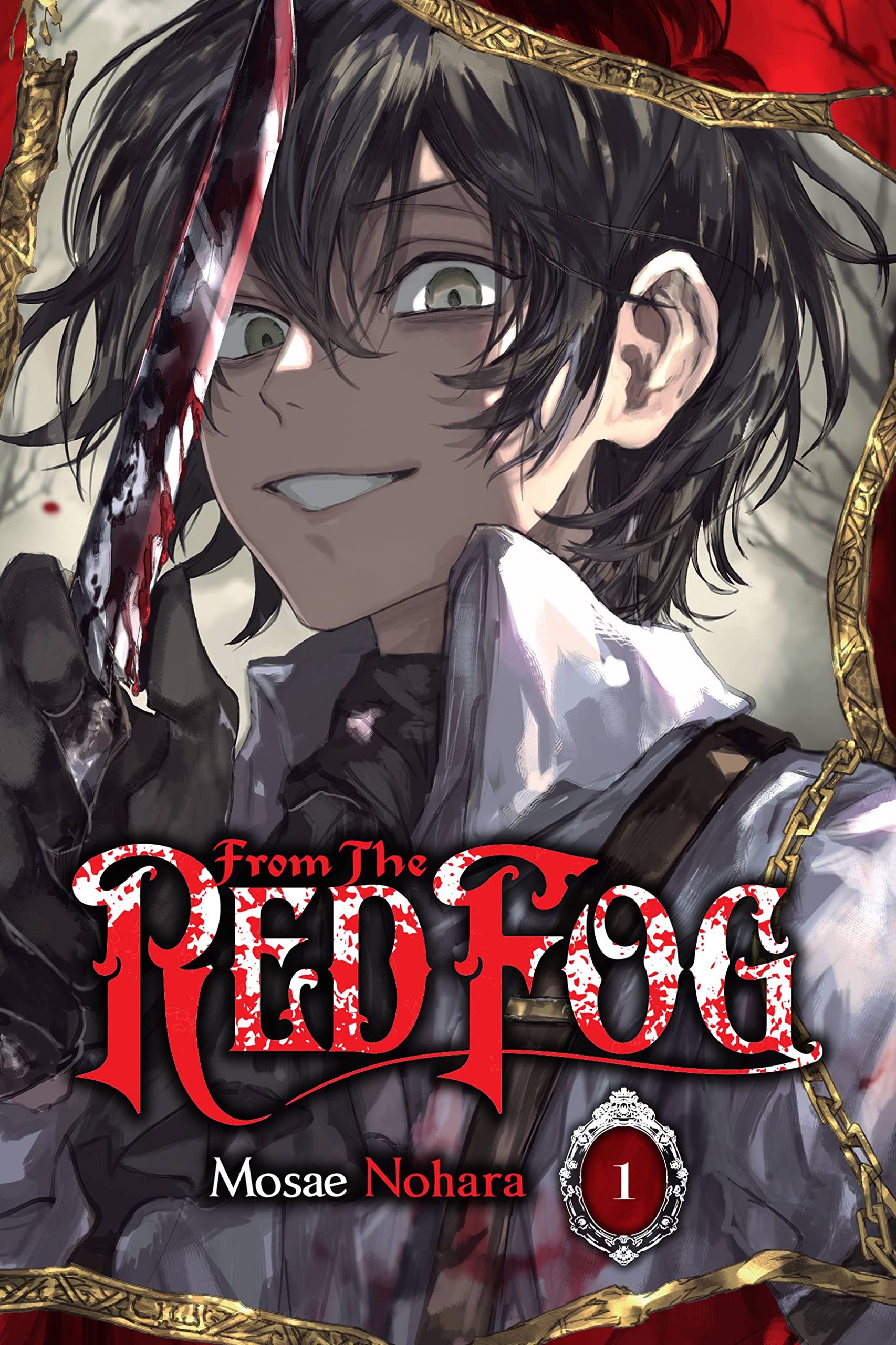 Manga has its fair share of horror titles, and there’s a niche within that of horror stories that take place in nineteenth century England. Think of Black Butler and titles by Kaori Yuki. Mosae Nohara’s From the Red Fog is in this vein, giving us a sinister, ornate, gory historical Britain.

The main character is 12-year-old Ruwanda Bailey, but this isn’t aimed at kids, instead getting an “older teen” rating. Since his birth Ruwanda has been kept locked in the cellar by his sadistic and serial killer gothic mother. His mother makes him help take care of the bodies.

He takes the opportunity to escape when he finds it, but also finds life on the streets rough, as he’s abused again and again. But Ruwanda is no innocent victim. Maybe it’s because of how he was raised, but he’s a killer himself and regularly murders other characters.

Each chapter has its own story, so it’s not really clear if it will be a series of vignettes or if there is a main plot underneath. The characters are also not fleshed out, opting instead for easy evil. What the manga does have is mood, and lots of it. And mood is something important to establish in horror stories. There is the moody atmosphere of the nineteenth century filth the urchin lives in, the flipside of opulence in clothing and frills, and the juxtaposition of the very poor versus the very rich. There is also the juxtaposition of supposedly innocent children and the reality of what these children — not just Ruwanda — do to other living beings. But mostly there is the sense of foreboding and horror, which we see when Ruwanda takes up a knife, when Ruwanda imagines killing children, when other sadistic characters unroll all sorts of instruments of torture. This is not real-world horror, this is the stuff of Halloween stories. It’s creepy, effective and sinister.

It will be curious if more develops with this story, but in the meantime it’s a morbidly fun read for fans of horror manga, especially those who also like the Victorian England element.

from the red fog 1