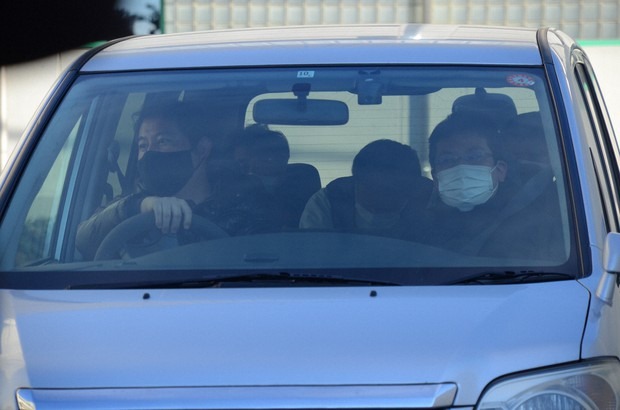 22-year-old Ayumu Kuroda was a member of the idol group Junon Superboy Anothers, but now he’s been arrested for alleged fraud.

Both he and 26-year-old Ryoya Yatsubayashi (who is not a member of the group) were arrested on January 5 by Aichi Prefectural Police’s Toyokawa Police Station. They reportedly cheated a 21-year-old college student out of approximately 16 million yen (which is about $138,000).

Kuroda has been on trial for fraud in the past, and this is his fourth arrest. It’s unclear whether Kuroda and Yatsubayashi have confessed, denied, or not said anything.

Apparently the college student involved lives in Chiba, not far from Tokyo, and the two men supposedly met her online. Allegedly they said they would help her meet entertainers and celebrities through their contacts, but she had to pay up first. Since Kuroda was part of a successful boy group and surely knows important people, this might have given the college student the impression that what he was offering was real.

According to reports, Yatsubayashi told the college student in spring of last year, “You can meet entertainers for 500,000 yen [about $4,300]. Though you need to pay an extra 1 million yen [about $8,600] as a deposit in the event of this becoming public, but it will be refunded.”

They allegedly also got 14.6 million yen (about $126,000) out of her by telling her bogus stories about insider trading and how well she’d do if she invested.

The accusations sound similar to when Koruda was arrested last year for allegedly tricking another female college student into paying him 1.69 million yen (about $15,000) by falsely promising, “I’ll introduce you to a member of a Johnny group.” That’s a nod toward the Japanese talent agency Johnny & Associates Inc.

The police want to investigate more.