Fall also brings a full catalog of new series that shouldn’t be cast behind the shadow of best boy Denji. If you’re looking for more fresh simulcasts, check out these five overlooked anime that definitely deserve more attention — plus you’re going to need more shows to watch while waiting for Chainsaw Man each week. From romance to slice-of-life and comedy, there’s a ton of new content to indulge in. And while there’s only room for five recommendations today, check out the honorable mentions at the end of this article. 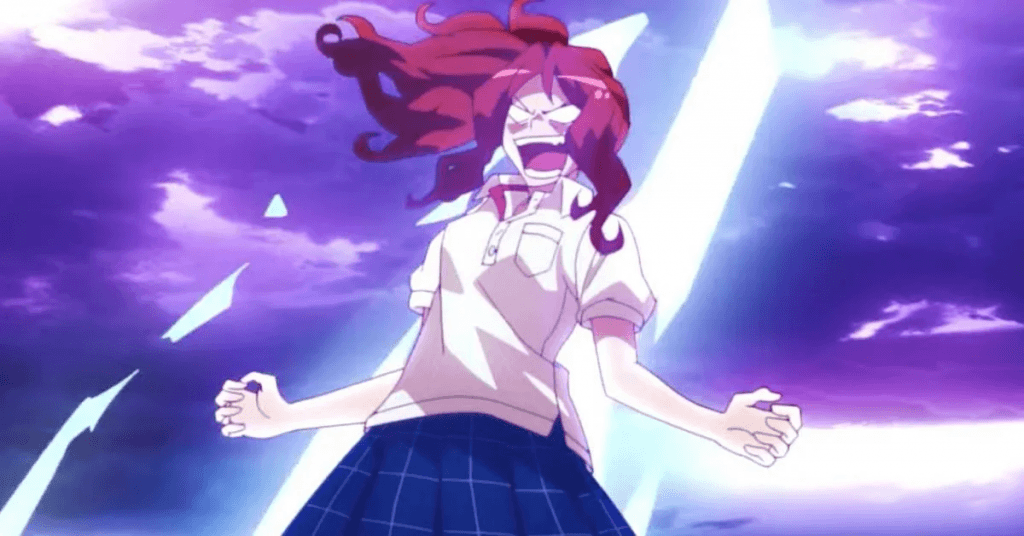 The top pick for an underrated romantic comedy this season is Romantic Killer, an isekai otome game turned real.

Anzu, a high school-aged gamer otaku, loves her single life where she can pet her cat, eat chocolate, and play otome games as long as she wants. But her cozy life flips upside down when an adorable yet annoying wizard transports Anzu to a hot guy paradise in another world! She loves hot guys, but from a safe distance on her TV screen. When hot 2D guys become 3D real-life hotties, things get a bit complicated!

Rom-com and isekai? This series should have no problem gaining popularity. 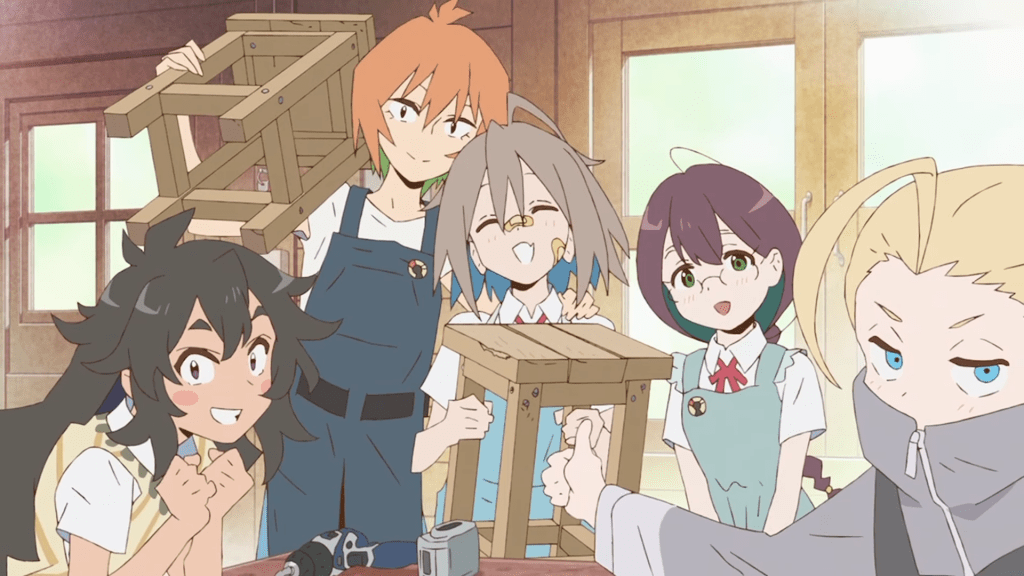 We have your new favorite iyashikei (healing) anime right here. It comes in the form of the DIY (Do It Yourself!!) club. Take the cute girls doing cute things trope and integrate it with crafting and you have yourself a new niche anime for those who want an easy, low-stress simulpub. First-year student Yua Serafu joins mostly by accident but uses the opportunity to learn woodworking for crafting. The girls in the club spend their after-school hours learning the ways of DIY.

Do It Yourself!! began airing on Crunchyroll October 6, 2022. 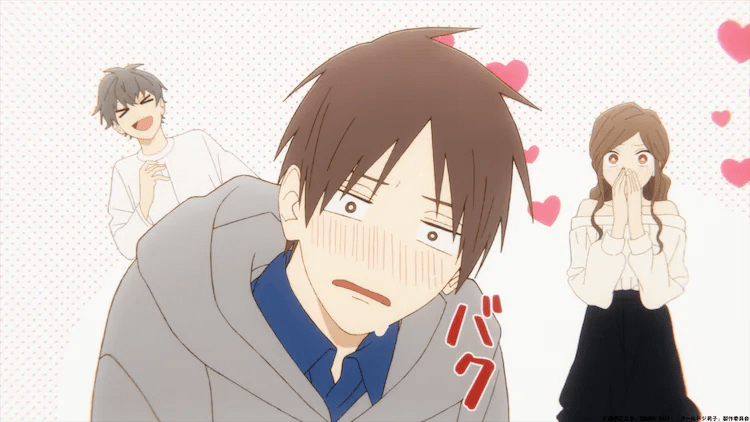 Hayate Ichikura, Shun Futami, Takayuki Mima, and Souma Shiki are all playing it cool, even though they may be the clumsiest guys around. Suave and collected on the outside, and well… accident prone also on the outside, but that won’t stop them from acting as if nothing happened! Play It Cool, Guys! is a new slapstick comedy (which aired the same day as Chainsaw Man) about four attractive guys who are just trying their best to make it through the day without too many mishaps, making it a nice refresher among the rest of this season’s lineup.

More than a married couple, but not lovers. 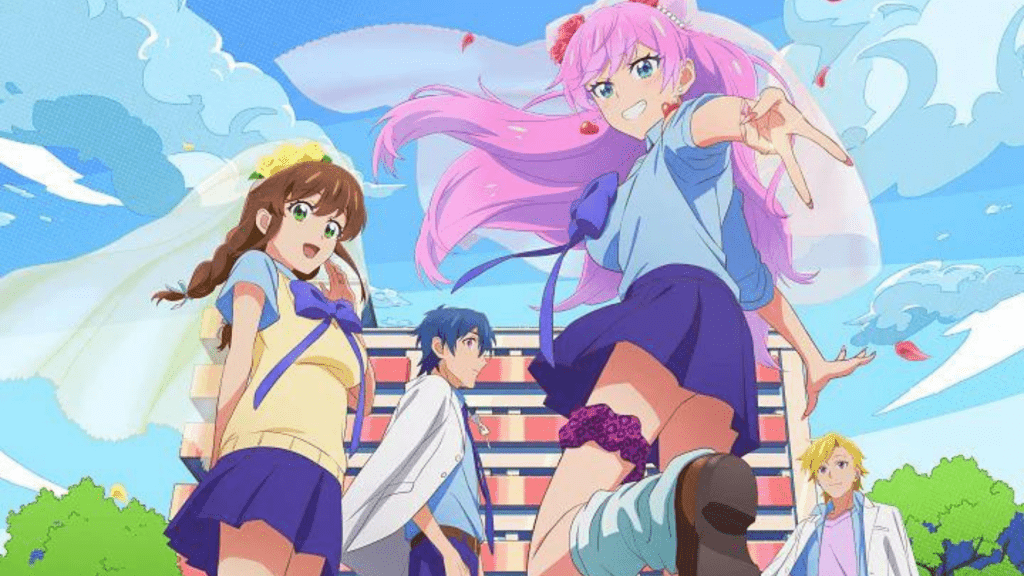 Fall ‘22’s second rom-com pick of the season, More Than a Married Couple, But Not Lovers is the perfect follow-up anime if you loved My Dress-Up Darling and A Couple of Cuckoos. Jirou, an outcast retro gamer, and Akari, a popular gyaru, are paired up for their mandatory “Couple Practical” class, a marriage prep course. Scoring points to pass the class means living in harmony with the opposite sex, but Jirou and Akari couldn’t be more opposite. When both of their crushes are paired up, they work together in an attempt to switch partners.

More Than a Married Couple, But Not Lovers started airing on Crunchyroll October 9, 2022.

The Little Lies We All Tell 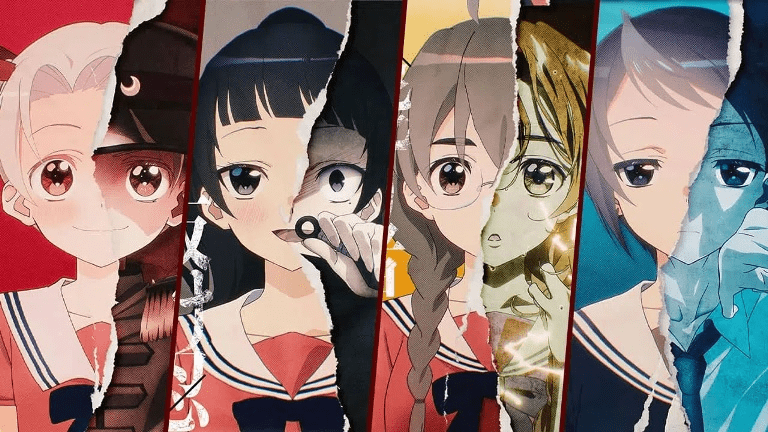 The Little Lies We All Tell is about four junior high school girls who all have a secret identity that they are keeping from the rest. Among the group is an alien, ninja, psychic, and crossdresser. Sounds a bit like the middle school versions of Loid, Yor, and Anya from SPY x FAMILY. Why they hide their secrets, we don’t know, but it’s worth finding out!

The Little Lies We All Tell airs on Crunchyroll October 16, 2022.

Let us know what shows are on your fall watchlist!