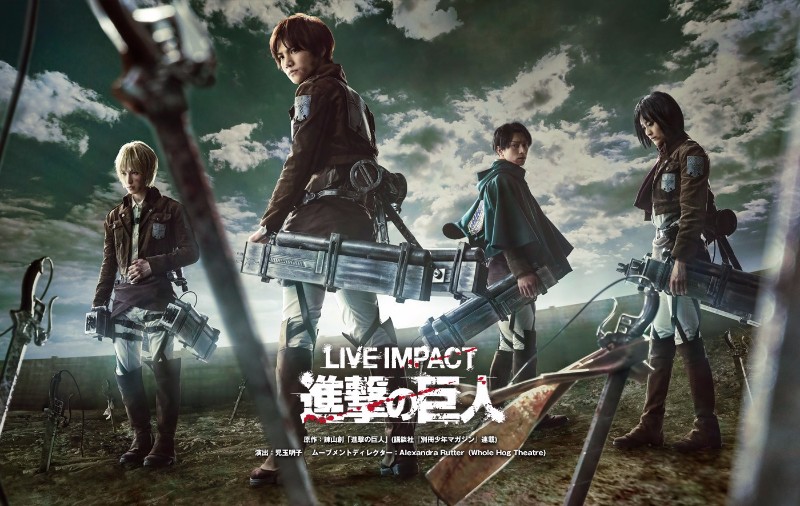 The Attack on Titan stage play ran into a behind-the-scenes tragedy on April 10, when acrobat Kazutaka Yoshino suffered a fatal accident while inspecting the performance’s wire setup. The 38-year-old Yoshino—who previously performed as a member of Cirque du Soleil and handled the Naruto stage play’s acrobatic choreography—died after he fell about 30 feet during the inspection.

The Attack on Titan: Live Impact organizers released an official statement to announce the cancelation of the performance, which was set to run from July 28 to September 3. They added that they were unclear as to the accident’s cause and were cooperating with police for a full investigation. The statement concluded with, “May the departed Kazutaka Yoshino rest in peace.”