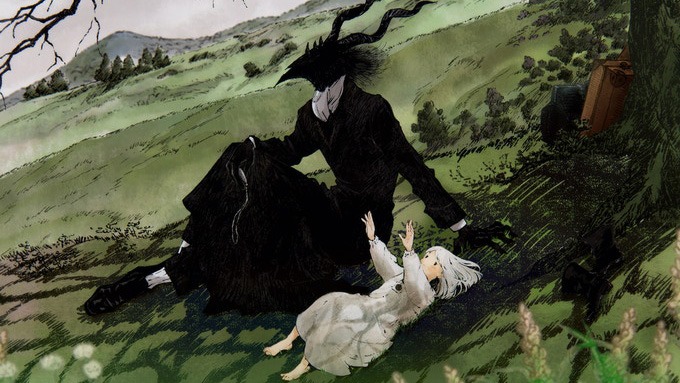 The Fantasia International Film Festival in Montreal, which will occur July 14- August 3, is going to show some anime. First up is The Girl from the Other Side: Siúil, a Rún, which will be making its Canadian debut. INU-OH from Masaaki Yuasa will make its Quebec debut.

The festival gave this description of The Girl from the Other Side: Siúil, a Rún:

“A dark and monstrous creature becomes the guardian of an innocent human child in the affecting gothic anime fairytale THE GIRL FROM THE OTHER SIDE, co-directed by rising talents Yutaro Kubo and Satomi Maiya. The pair world-premiered their short film adaptation of Nagabe’s cult manga at Fantasia 2019, and with this feature they bring the elegant, enigmatic tale of Shiva and Teacher to the screen once again.”

The festival gave this description of INU-OH:

The Fantasia International Film Festival said this was its mission:

“Since its beginnings, the Fantasia International Film Festival has explored the diverse realms of genre cinema, creating bridges between the cutting edge and the mainstream, and providing a festive but professional environment where emerging artists are given exposure alongside their more established counterparts, both locally and internationally. We showcase the best in Canadian and world cinema, discovering and nurturing exciting new talents and offering a platform through which artists and audiences can connect.”

Girl from the Other Side: Siúil a Rún 2inu-oh 10

I Want to Be a Wall Is Quirky, Endearing and Humanizing
Requiem of the Rose King Creator Talks Manga, Anime Differences