Fall Guys Is on the Rise 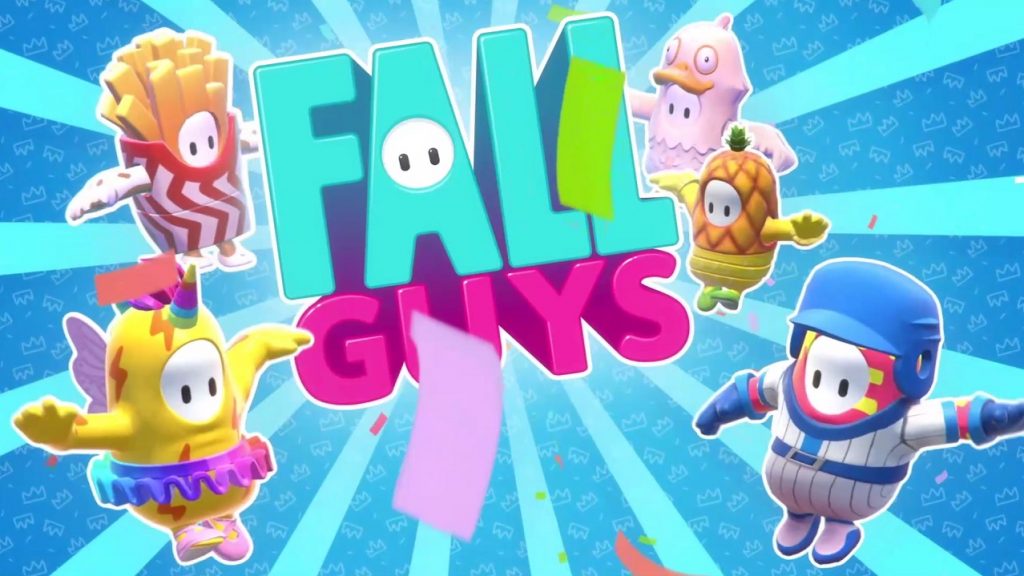 Game hype and advertising are great… but when a title hits, it hits. You can’t force that organic burst of excitement. That’s where Mediatonic’s Fall Guys: Ultimate Knockout finds itself: the darling of gamers on both sides of the Atlantic and the Pacific, with a bold technicolor future ahead. In fact, there are already big things in the chute for the little battle royale.

The multiplayer elimination challenge resembles nothing so much as Takeshi’s Castle, the legendarily bizarre game show hosted by Japan’s own Beat Takeshi. If you’re unfamiliar with the show, think Nickelodeon classics like Double Dare, but even bigger and with more moving parts. Players drop into the server as adorable dot-eyed beans, customizable with colors, patterns and costume pieces. 60 enter, but only one will survive to the end. If you’re knocked out early, you can spectate for the rest of the game, or head out and try your luck with another group.

Fall Guys is notable in that it has a decidedly party atmosphere. You’re going to lose — a lot — because only one out of every 60 players can win. It will take practice to master both your basic moves and the challenges themselves. But everyone’s in the same ridiculously bouncy boat, with equal opportunities to get whacked with a stray mallet or run into a surprise wall. Even “failure” is funny… to the point that the only actual bad-mood moment of the game is trying to get into the densely-populated esrvers. 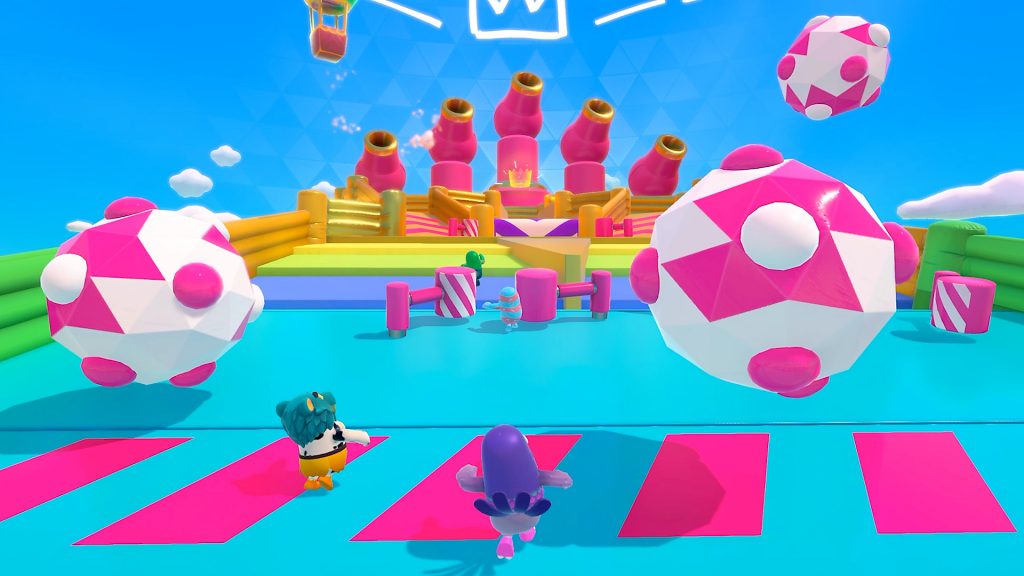 Perhaps that’s why Fall Guys caught the eye of Yoko Taro, the man behind the popular NieR and Drakengard series. Together with cohorts Saito-P and Takahisa Taura, he streamed a few rounds of the game to his lockdown YouTube gaming channel as the trio had some drinks in honor of Saito-P’s birthday. It wasn’t long before Yoko Taro was making very serious requests to do a Fall Guys x NieR:Automata collaboration… something that fans are hugely in favor of.

It wouldn’t be the game’s first crossover, either. You can already get a little Gordon Freeman, a Scout from Team Fortress 2, and a chicken-headed Hotline Miami look. Brands are also pitching to have a skin of their own design in the game, with KFC, Funimation, and TUSHY Bidet (yes, really) all chipping in bids. 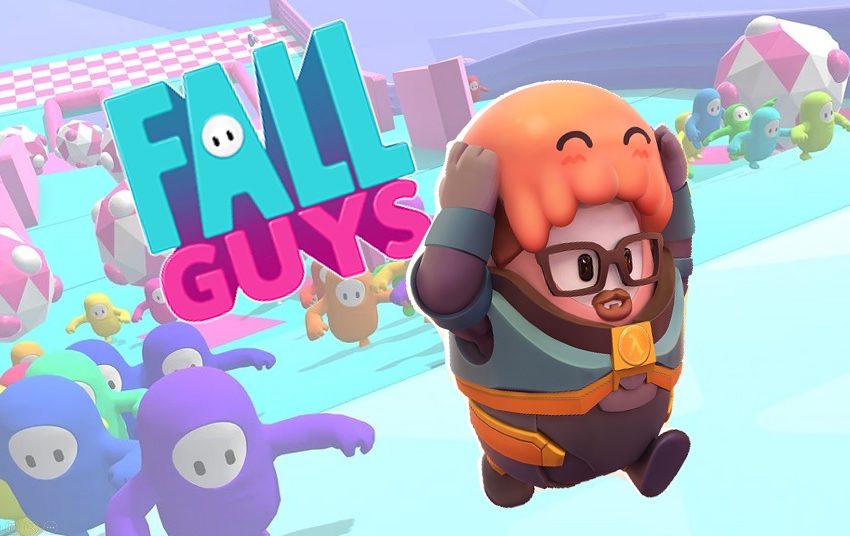 It doesn’t hurt that, right as Fall Guys came out, everyone was looking for news ways to connect from home. The crazy community feel of the game was a perfect fit for what everyone was in need of.

Whether Fall Guys is here to stay or is perfect for now remains to be seen. It certainly feels like it has staying power, with the programmers poised to continue adding new content. If nothing else, it’s a welcome bright spot in the world of gaming — no matter where in the world you are.