Fairy Tail: Dragon Cry Brings the Gang Together for an Epic Showdown 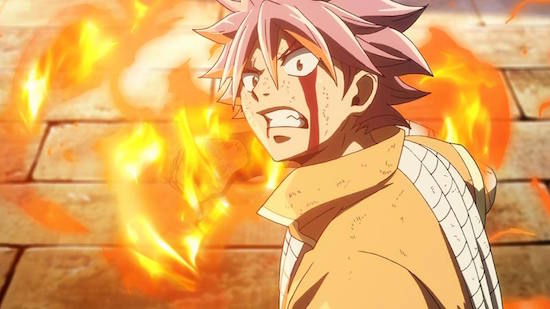 There’s been a bunch of excitement surrounding Hiro Mashima’s Fairy Tail manga lately, mostly due to it coming to an end. While that’s no doubt a bittersweet moment for long-time fans of the series, thankfully it’s not the only content to look forward to. In addition to a final season that’s set to arrive in 2018, we have this week’s U.S. theatrical debut of anime film Fairy Tail: Dragon Cry, a feature that happily welcomes both fans and newcomers to the fold.

As for myself, while I’m not a newcomer, I wouldn’t call myself a diehard fan. I’ve read maybe a volume or two of Fairy Tail, and I’ve seen about 20 episodes of the first TV anime. Thus, I thought I would be the perfect gauge for just how welcoming a film Dragon Cry is, and I didn’t find myself disappointed in the results of the experiment. 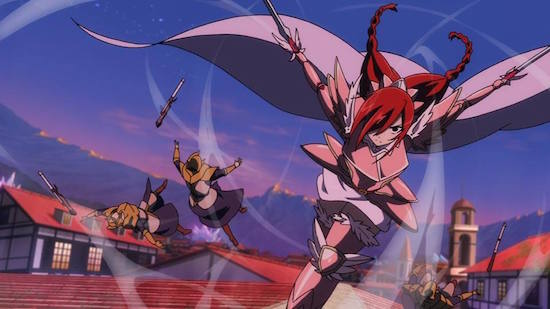 While it certainly helps to know the characters—including protagonist Natsu Dragneel and the rest of the principal members of the Fairy Tail wizard guild—it’s not really required. Fans will appreciate a few in-jokes, and they’ll get more out of the character interactions and some of the reveals that fall closer to the end of the movie, but the rest is as straightforward as can be.

This is largely thanks to the simplicity of its story, which sets up the titular MacGuffin in the first few minutes. The Dragon Cry is a mystical staff with immense power, and it could wipe out entire kingdoms in the wrong hands, or even in the right ones! Naturally, it falls in the wrong hands pretty much right away, as black magic practitioner Zash steals it from the kingdom of Fiore, with plans to deliver it to the kingdom of Stella for darker purposes. Fiore hires Natsu and the gang to retrieve the staff by any means necessary, but you know it’s not going to be as easy as all that. 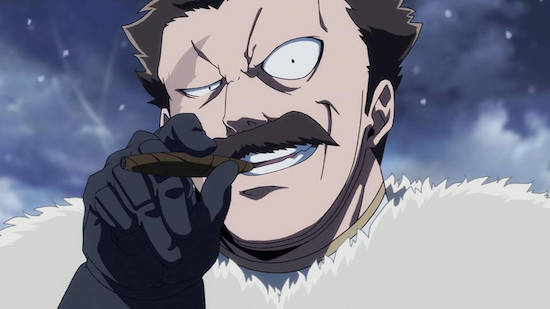 Dragon Cry runs through this story at a brisk pace, as Natsu, Lucy, Gray, Erza, and Happy get their hands on the staff and lose it again in no time flat. You see, Zash is a pretty imposing villain. He has the ability to take control of people’s actions, bending them to his will, and even forcing them to kill one another if he so desires. He’s also got a nasty crew of his own on his side, and most of the runtime is devoted to pitting each member of Fairy Tail against a suitable rival.

That’s great news for anyone who was hoping for a more-or-less straight-up Fairy Tail action flick. Everyone gets at least one scene to shine in full, with a little extra devoted to Natsu and his explosive firepower. Gray and Erza both have pretty cool fights, as well, even if it seems as if Erza is essentially fighting herself. I won’t get into the details, but beyond that the story ultimately does tie back into the greater lore of the series. The climax falls into a plot device we’ve seen in countless franchise anime films before, but the journey there is enjoyable enough. 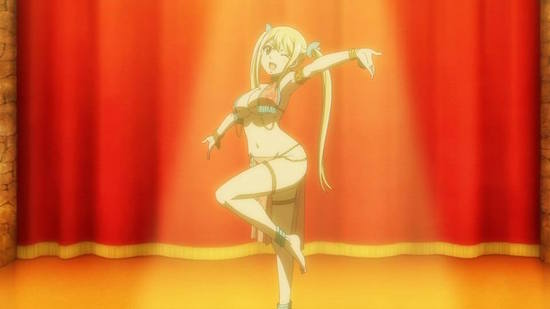 The animation throughout that journey has its peaks and valleys, and you might find it dipping deeper into the latter category at times, at least as far as major shounen anime films are concerned. The action is solidly choreographed and executed for the most part, with the occasional awkward sequence peppered in here and there. In a not-so-surprising move, some of the best animation in the entire movie just so happens to coincide with Lucy dancing in a bikini to distract Zash. She rocks a Slave Leia-tier outfit like she was born to wear it, and it’s clear the staff had a lot of fun bringing this particular moment to life.

Don’t worry, there’s man-service, too, and Fairy Tail fans will be able to guess exactly who’s at the center of it. 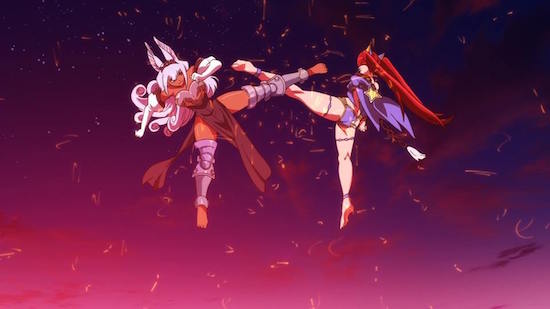 If you’re interested in seeing Fairy Tail: Dragon Cry, you probably know what you’re getting into, and you aren’t likely to be disappointed. It’s a fun and fast feature, and the English dub—which is the version I watched—suits the tone of Fairy Tail nicely. Just don’t go in expecting animation on par with some of the other anime films that have been making their way to theaters in the past year or two. In that regard it’s more along the lines of Digimon Adventure tri. than, say, One Piece Film Gold.

The limited Fairy Tail: Dragon Cry screenings kick off tonight, August 14 with the English-subtitled version. If you didn’t grab tickets in time, don’t worry, because dubbed screenings will follow on August 16 and 19.