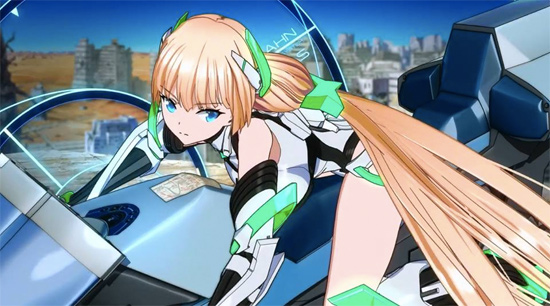 Originally announced back in 2012, Expelled from Paradise, a new original film produced by Toei and Nitroplus, directed by Seiji Mizushima (Gundam 00 The Movie) and written by Gen Urobuchi (Madoka Magica, Psycho Pass), premiered this week in Japan.

Expelled from Paradise starts off in Deva, a satellite orbiting earth into which humans have uploaded their consciousness, abandoning physical bodies and becoming pure data. With problems of aging, hunger and disease conquered, these data-humans live a lie of leisure in virtual holodeck-like worlds.

Deva, however, has been the target of a hacker called Frontier Setter who’s been traced to the earth’s surface – a habitable but inhospitable wasteland populated by humans who refuse to leave their physical bodies and join Deva.

In order to apprehend Frontier Setter, Deva equips one of its security agents, Angela Balzac, with a temporary physical body and dispatches her to the surface, where she’s to team up with Dingo, a flesh-and-blood human whose job is to be Angela’s guide to earth.

Sci-fi trappings aside, Paradise is essentially a buddy movie, centered around the relationship between Angela, a data-based lifeform who can’t understand why anyone would choose to remain flesh and blood, and Dingo, an old-school cowboy who eschews technology and packs an acoustic guitar. 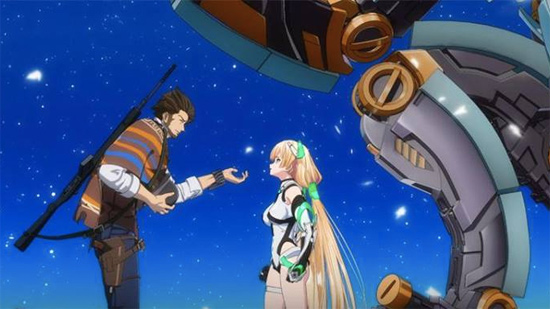 Paradise is written by Gen Urobuchi, whose works like Madoka Magica and especially Psycho Pass are full of big sci-fi ideas. There’s a lot of exploration in this film of the soul: whether it can exist outside the body, whether intelligent computers can be considered alive, etc. None of this is particularly new territory for science fiction, and it occasionally feels as Urobuchi is showing off how many books he’s read without really synthesizing them. Still, it’s always nice to see a film grappling with the big questions rather than just blowing stuff up.

Paradise is CG-animated, its characters cel-shaded to look like traditional hand-drawn anime, following a trend set by films like Freedom and Short Peace. Expelled from Paradise is a great example of how far this style of animation has come. Of films of its type, it’s one of the best-animated I’ve seen yet. Fight scenes, in particular, are fluid, well-choreographed and impressive. The final battle, in particular, looks like a video game I’d really like to play.

All this praise comes with the usual caveat for these CG anime films, which is while the vehicles and setting look great, the hand-drawn aping characters still don’t feel quite right. The closer they get to looking like traditional anime in repose, in fact, the weirder they look when they make a too-fluid movement – like a kind of anime uncanny valley. Tolerance for this stuff varies, but for me, no CGist has quite cracked this code yet. 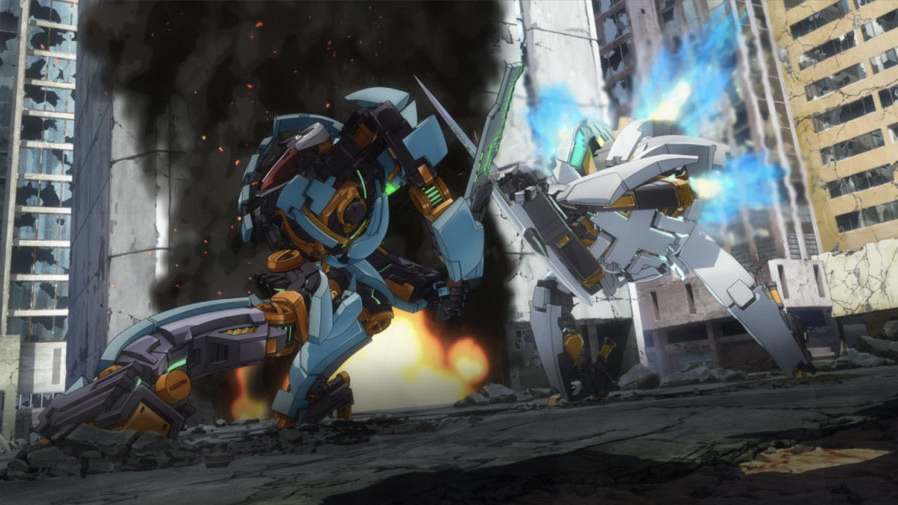 One thing that’s hard to miss is what Angela Balzac is (or isn’t) wearing. The list of sci-fi anime with scantily-clad women is a mile long, but some films (Ghost in the Shell, for one) provide at least a quasi-justification for it. There’s really nothing here, though, that justifies visiting a desert wasteland in a thong. This isn’t unique for a medium aimed at adolescent males, perhaps, but it makes Expelled from Paradise yet another otherwise interesting film I’d be embarrassed to recommend to a female friend.

While it feels like the caveats are piling up, Expelled from Paradise is an interesting piece of work. The direction is solid, it offers up some of the best CG I’ve seen yet, and it’s got a good mix of action and sci-fi big ideas. The music, by Coaltar of the Deepers frontman and Babymetal collaborator Nagasaki, is fast, exciting electronica nicely suited to the action sequences. If Expelled from Paradise isn’t a must-see, if you’re into stuff like this, it’s at least worth a peek.

Aniplex will release Expelled from Paradise in U.S. theaters in December. For more information, visit their site.