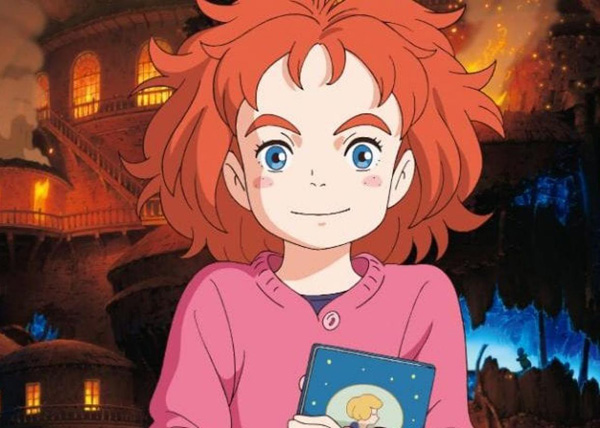 Studio Ghibli may be in hibernation, or low-power mode, or whatever metaphor works for you, but a generation of animators and producers trained at the legendary studio have come together to bring us a new film with a distinctly Ghibli feel.

The film, announced last week, is Mary and the Witch’s Flower, directed by Hiromasa Yonebayashi (Arrietty, When Marnie Was There).

Mary and the Witch’s Flower is produced by Studio Ponoc, founded by Yoshiaki Nishimura, who produced both Marnie and Princess Kaguya at Ghibli.

The film is based on the 1971 children’s novel The Little Broomstick by Mary Stewart about a young protagonist, also named Mary, who finds a magical broomstick in the woods. According to Nishimura, the Studio Ponoc version will include “an entirely new second act that plays to Mary’s strengths as a young girl whose courage and persistence, as opposed to magic powers, sees her overcome the danger at hand.”

Mary and the Witch’s Flower is co-written by Yonebayashi and Riko Sakaguchi (Princess Kaguya), with music composed by Takatsugu Muramatsu (When Marnie Was There).