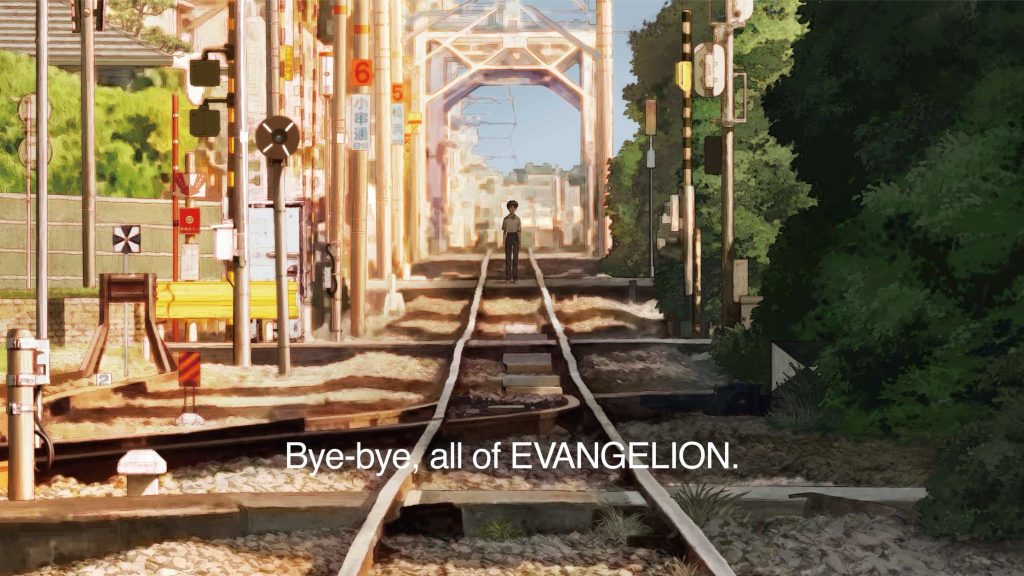 Breathe a sigh of relief (or disappointment), everybody: despite the rumors, Evangelion 4.0 (or 3.0+1.0, to be exact) is not, in fact, six hours long.

Why did anyone think it was six hours in the first place? The fact that it took almost ten years to finish? Nope, the confusion came from a screenshot tweeted by studio Khara the other day with a timecode burned in. The timecode read “05:59:50:00,” leading some to believe the film was at least five hours and 59 minutes long.

The real story is that the screenshot is from the film’s fifth “reel.” Back when movies were still made and presented on film, they were shipped in big ol’ reels that contained about 20 minutes each. (I used to work in a theater, and had to carry those suckers around! They were heavy!)

Of course, now that movies are made digitally, there’s no need to use reels, but it’s still a convenient way for filmmakers to think about their movies in terms of structure. By the way, Khara has shared a bit of runtime knowledge: apparently the film’s final part, Part D, is 41 minutes 16 seconds long.

The biggest mystery, of course, is when the film will actually come out. It was originally scheduled for earlier this year, but delayed due to you-know-what.

Last week, the Evangelion franchise celebrated its 25th anniversary, and creator Hideaki Anno shared a short message with fans on Twitter, thanking them for their support and apologizing for taking so long to create 3.0+1.0.

Meanwhile, GKIDS announced that it would be releasing the original series and films on Blu-ray for the first time in North America.