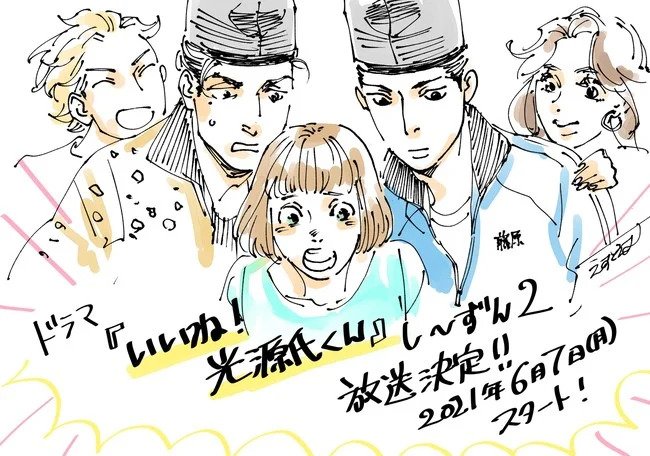 In response to the news, est em has released a new illustration of the characters.

The story centers on a man who seems to be from Japan’s old novel Tale of Genji and who apparently travels forward in time.

The sequel series will have the same main cast and staff as the original. Yudai Chiba plays Hikaru Genji, Sairi Ito plays Saori Fujiwara, Anna Iriyama plays Shiori, and Renn Kiriyama plays the lieutenant general from The Tale of Genji.

The manga began in 2015 and just ended today.