English Attack on Titan Manga Has Over 2.5 Million Copies in Print 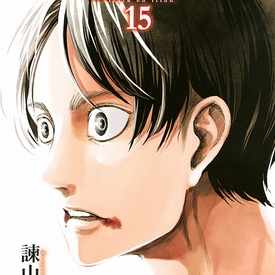 You might not see too many mainstream American comics outlets writing about it, but Hajime Isayama’s Attack on Titan manga is killing it in the west. According to Kodansha USA, the English language edition currently has over 2.5 million copies in print.

Kodansha originally announced the figure during its Anime Expo 2015 panel earlier this month, and the news recently started making the rounds on Japanese sites like Anime Anime. There are currently 15 volumes of Attack on Titan available in English, with volume 16 scheduled for an August release. The first volume, which made its way to shelves in 2012, recently hit 100 weeks on the New York Times manga bestseller list.

Via The Asahi Shimbun