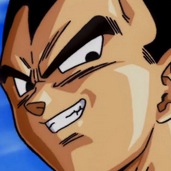 A Tumblr Q&A that the Toonami team conducted today has confirmed that once Bleach ends it will be replaced by Dragonball Z Kai on November 8th of this year.

It was announced back in May that the updated version of the show would be coming back to Toonami. Fans who were disappointed by the censorship in Kai will be glad to know that just like the original Naruto, Dragon Ball Z Kai will be airing uncut on Toonami.

There were other bits of info released during the Q&A session. Toonami plans on doing another month of movies in December like they did last year. Last year’s movies were Akira, Summer Wars, Fullmetal Alchemist: Conqueror of Shambala and Trigun: Badlands Rumble. No word on what will be airing this year.

The Toonami crew also said that IGPX and FLCL will be returning to the block some time in the future.

Remember, the official Toonami Tumblr page is Toonami.Tumblr.com. They do these Q&A sessions on the last Sunday of every other month and sometimes answer questions on air. If you’d like your question answered don’t miss the next one!