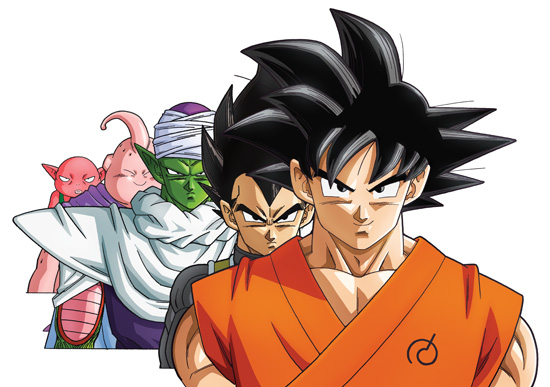 Once upon a time, anime and manga fans
actually thought Dragon Ball Z was a long series. The notion seems ridiculous now—Akira Toriyama’s original manga ran for 519 chapters across a total of 42 volumes, each of which has been collected in myriad ways since—but that’s because the domestic landscape is so much larger in scope today. Not only are fans more informed, but Dragon Ball’s paltry chapter count pales in comparison to something like Eiichiro Oda’s One Piece, which is still chugging along at around 845 chapters at the time of this writing, or Osamu Akimoto’s recently concluded, 200-volume Kochikame.

So yeah, Dragon Ball may not be long by today’s standards, but it’s definitely not one to be outdone by others. While the anime industry continued to shape and transform itself, Toriyama’s world-destroying series was a slumbering dragon waiting for the right wish. Only one question remains: Have YOU been training hard enough to keep up with Dragon Ball Super?! 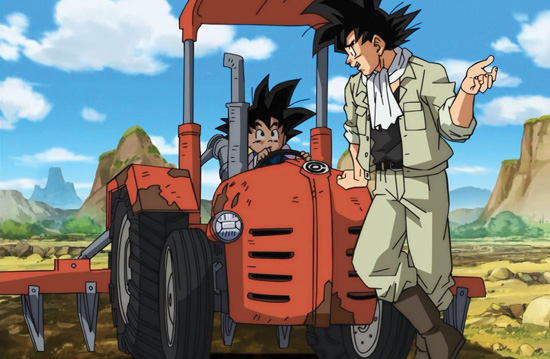 The Gods Must Be Crazy

The tide turned for DBZ fans when Dragon Ball Z: Battle of Gods hit theaters in 2013. With Toriyama’s direct involvement, the forgettable taste of the franchise’s previous TV outing, Dragon Ball GT, finally started to fade. Battle of Gods brought plenty of Toriyama’s staple humor along with its new antagonists: Whis and the god of destruction himself, Beerus. Goku handled the transition from fighting Buu to going toe to toe with an actual god with his typical grace—see: so much screaming that I can’t believe voice actress Masako Nozawa still has vocal cords—eventually finding a way to reach the heights of Super Saiyan God. The follow-up movie, Dragon Ball Z: Resurrection ‘F,’ had Goku and Vegeta fighting a resurrected Frieza with another major advancement. Super Saiyan Blue was basically a bold proclamation, shouting to the mountains like an unrestrained, “Make ‘Em Say Uhh!”-era Master P.

In other words: No Limit.

With that in mind, it almost seems insane to follow these big screen events with a TV anime—the first for Dragon Ball in 18 long years. How many episodes would it be before another new form was introduced? Toei Animation needed to ease fans and newcomers alike back into the world of televised Dragon Ball, and perhaps that’s why Dragon Ball Super debuted in 2015 with a revisit to those very movies. For anyone keeping score (or trying to figure out which sections to skip), the first 14 episodes of Super cover Battle of Gods, and the 13 that follow take us back through Resurrection ‘F.’ Naturally, there’s some fluff in there to spread that butter across extra loaves of bread, but the story is very much the same. 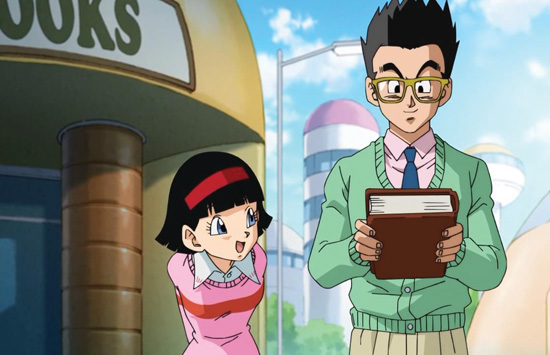 Isn’t that just a waste, though? While those who have seen both movies might be disappointed at first, upon further reflection it was essential to Super’s success. Rather than asking viewers to consume two features to better understand the context of a new TV show, they took the opportunity to latch onto that Akira Toriyama-crafted success to build a unique momentum. While this is indeed “more Dragon Ball,” Super changes the game enough to warrant retreading the ground of the opening arcs. These are still the same absurdly strong characters we know and love, but they’ve literally battled gods and lived to tell about it. This is a routine part of their lives now, which means the fights in Super are only going to get more over the top as it progresses.

Powering up has always been a mainstay of the series, but doing so in the current climate actually affects the universe at large. When Goku and Beerus have their big showdown, even the most seemingly insignificant of hits holds cataclysmic potential. Both this and the battle with Frieza are as high stakes as can be, but every dozen or so punches thrown are deftly countered with a heavy dose of humor. Dragon Ball Super embraces the sillier side of its creator to the fullest, from the boastful leadership of world savior Mr. Satan to the fact that almost every major villain encountered ends up just kinda hanging out and farting around with the gang once the dust has settled. 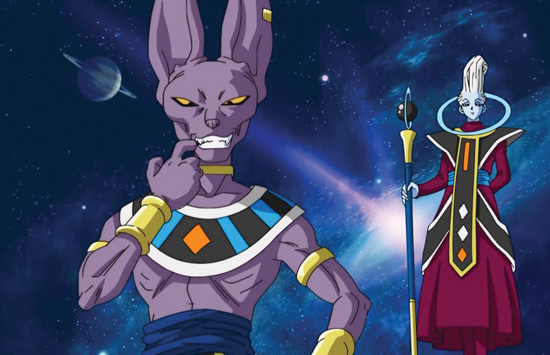 The air of familiarity that surrounds Dragon Ball Super is a heady mix of nostalgia and pure comedy-action fun, but there’s something else lurking within this beast. Some dark portents from the future conspire to take Dragon Ball to more interesting territory than any number of universal martial arts tournaments could ever hope to reach.

Back to the Future

The first two truly original arcs in Dragon Ball Super are fun but modest, as if they’re testing the waters little by little. First up, covering Episodes 28-41, is the Universe 6 story, which concerns a wager between Beerus and his twin brother Champa. Both are the gods of destruction in their respective universes, but the Earth of our own happens to have waaay better food. Thus, Champa proposes that they swap Earths, and the means of settling this bet is a battle between the five best warriors in Universes 6 and 7. Goku leads the charge for the latter, while Champa puts in his own ringers to represent Universe 6.

What follows is a pretty standard tournament arc with some creative battles and a couple standout character introductions. Once that’s settled we briefly move on to the story of Potaufeu, a planet that’s host to an extremely dangerous liquid that can copy powers and make its user superhuman. Vegeta ends up getting his powers drained, leaving Goku, Goten, and Trunks with the unenviable task of fighting a perfect copy of the widow’s peak prince. It’s a decent story, but it’s the most distinctly Dragon Ball GT of the lot. 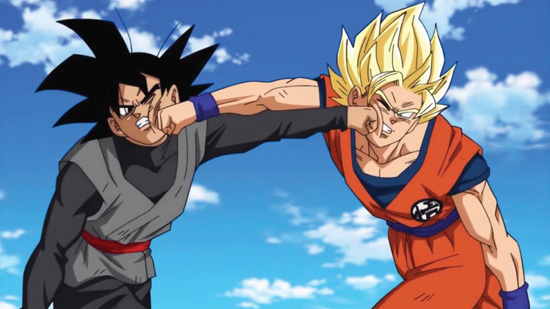 And then, with the simple appearance of Future Trunks, Dragon Ball Super gets really interesting. Currently ongoing at the time of this writing, the Future Trunks arc was the first to be legitimately simulcast in English. Both Funimation and Crunchyroll started at the hot spot of Episode 47 and added previous chapters on a staggered basis after the series’ domestic debut, forcing fans to choose from watching recaps or leaping right into the new frontier. As enjoyable as it is to hold out and see everything in order, I can’t blame anyone for cutting to the chase.

The first time we saw Future Trunks was way back in Dragon Ball Z, when he zipped into the past to warn Goku of the looming Android threat. His appearance from an alternate future opens all the typical theoretical wormholes involved with time travel, and his return in Dragon Ball Super is no different. This time, however, the threat destroying the future is an enigmatic figure initially known only as Goku Black. While this may sound like a canned coffee you’d find in a Japanese conbini, the truth of the matter is downright grim. Goku Black hunts Trunks and any other remaining humans down like a specter of death, leaving the world (and all the major characters that still exist) in ruins. Going back in time to enlist the help of Goku and friends is Trunks’ final Hail Mary pass, and watching it all play out has transformed Dragon Ball Super from an enjoyable yarn to an exceptional return to form.
But don’t get it twisted: This isn’t even its final form.

Dragon Ball Super is available from Crunchyroll and Funimation.