[Review] To Be Hero 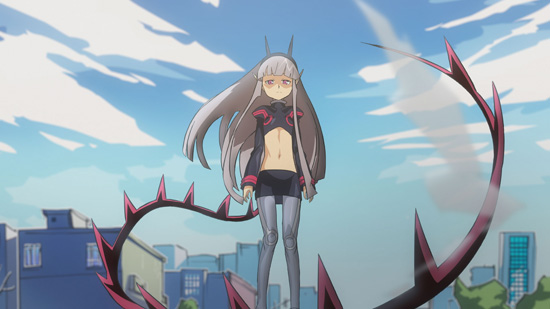 The world is just not fair. All Ossan—a divorced, handsome, successful toilet seat designer—wants to do is womanize after work and fawn over his only daughter (Min), whom he ultimately and affectionately ends up annoying through his thoughtless and lazy ways. Then one day, merely due to circumstance, his old life goes down the drain. When he reemerges from the toilet in his small apartment, he is Earth’s first and only superhero. But that doesn’t matter to Ossan if Min cannot recognize him for his new obese exterior and gruff voice (not to mention the continuous string of sleazy sentences seemingly stitched to his tongue whenever he talks to her). But for Min and Earth itself, this transformation is a good thing because aliens bent on world conquest are coming!

There’s a glut of anime series that rely on hyperactivity equating to humor, but that premise, mostly tolerable only in short-form (3–5 minute) shows, can fail quite quickly without careful crafting. Thankfully, the Japanese version of To Be Hero—an original work of director RiTsuyoshiRyo—is being supervised by Excel Saga director Shinichi Watanabe, and that combination appears to be a match made in heaven. Add animation production by STUDIO.LAN!, featuring the talented output of animation director and lead animator lan, and we get a Japanese-Chinese coproduction that’s uninhibited, visually striking, and (quite frankly) funny as hell. 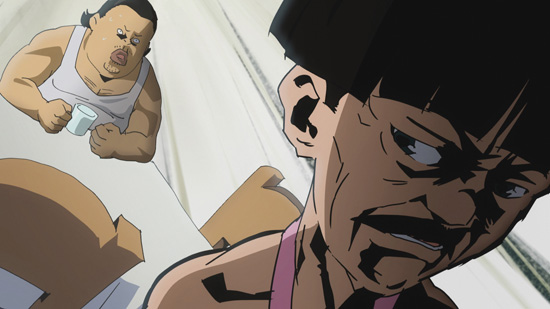 The humor largely comes from juxtapositions of Ossan’s new life and (only coincidentally obliged) responsibilities, the dramatic tension behind Min supposing herself suddenly abandoned, and each week’s incompetent alien plot. All of this is packed into episodes running less than 10 minutes, and the editing could not be more perfect. By constantly hammering on the toilet humor—provided for the most part by Ossan’s potty mouth and the antics of the flamboyant exhibitionist/pervert next door, Mr. Yamada, the script enhances the sucker-punch effect of jokes based on satire and self-mockery.

Visually reminiscent of Mob Psycho 100, the OP, animated solely by lan, should be enough to convince those it appeals to that watching To Be Hero is a must. The use of exaggerated motion as well as a wonderful sense of lighting, shade, and color combine to show the evolution of the main character from birth to superhero and beyond—all backed by the rock anthem “Ai ni Koiyo” by BRATS. But fun with animation does not stop when the song does; each episode competently leverages complementary art styles to distinguish the different elements at play. And topping it all off is a lighthearted ED that features “My Dad Is Protecting the Earth,” as sung by Lin Heye in Mandarin, backing a chibi Min on her apartment’s balcony fighting off all of the characters from the show. (Someone please make this a mobile game!)

There’s something for everyone in this show, although that’s not to say that everyone will enjoy it. 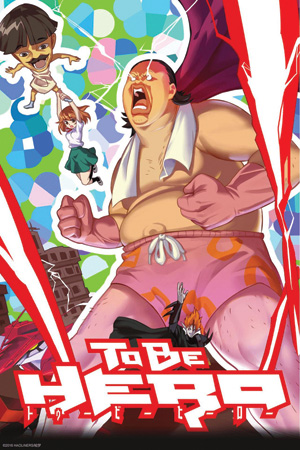 Despite its almost omnipresent use of overt or slightly less overt sexual innuendo, the show manages to host some good characters … or at least characters with admirable qualities. Ossan is a letch among lonely housewives, but he’s also a father legitimately concerned about his daughter and somewhat regretful of his actions. Min, who excels at academics and sports, is showcased as stock tsundere but might actually be a rather realistic portrayal of a teen living with her dad after a divorce. She also avoids being a Mary Sue by exposing her emotional vulnerability when there’s no one else around (except the camera) to see it.

Surprisingly under the radar on social media, To Be Hero is a comedy worth catching. Once you start, so long as it grabs you, I guarantee you’ll not be able to stop until the show does. If nothing else, it delivers a world far funnier than our own and gives us something to laugh with.