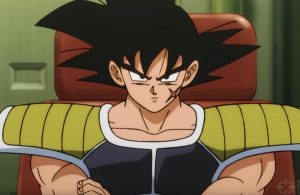 The Dragon Ball Super: Broly panel went down during this weekend’s New York Comic Con, lining up perfectly with the debut of a new trailer for the upcoming anime film. The official website updated with the latest preview, and the English-dubbed version followed suit at NYCC, and you can watch as both dive into the past of Goku, Vegeta, and Broly below.