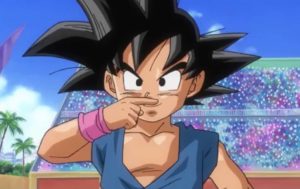 Another DLC character is on the way to Dragon Ball FighterZ, and the latest issue of V-Jump has the scoop. According to reports, Goku from Dragon Ball GT—which had the Black Star Dragon Balls turn Goku back into a kid again—is next up for the fighter.

Some of GT Goku’s moves include Power Pole, Reverse Kamehameha, Super Spirit Bomb, and the Super Kamehameha special. We’ll have to wait for an official update, hopefully with screens and a trailer to go along with it.