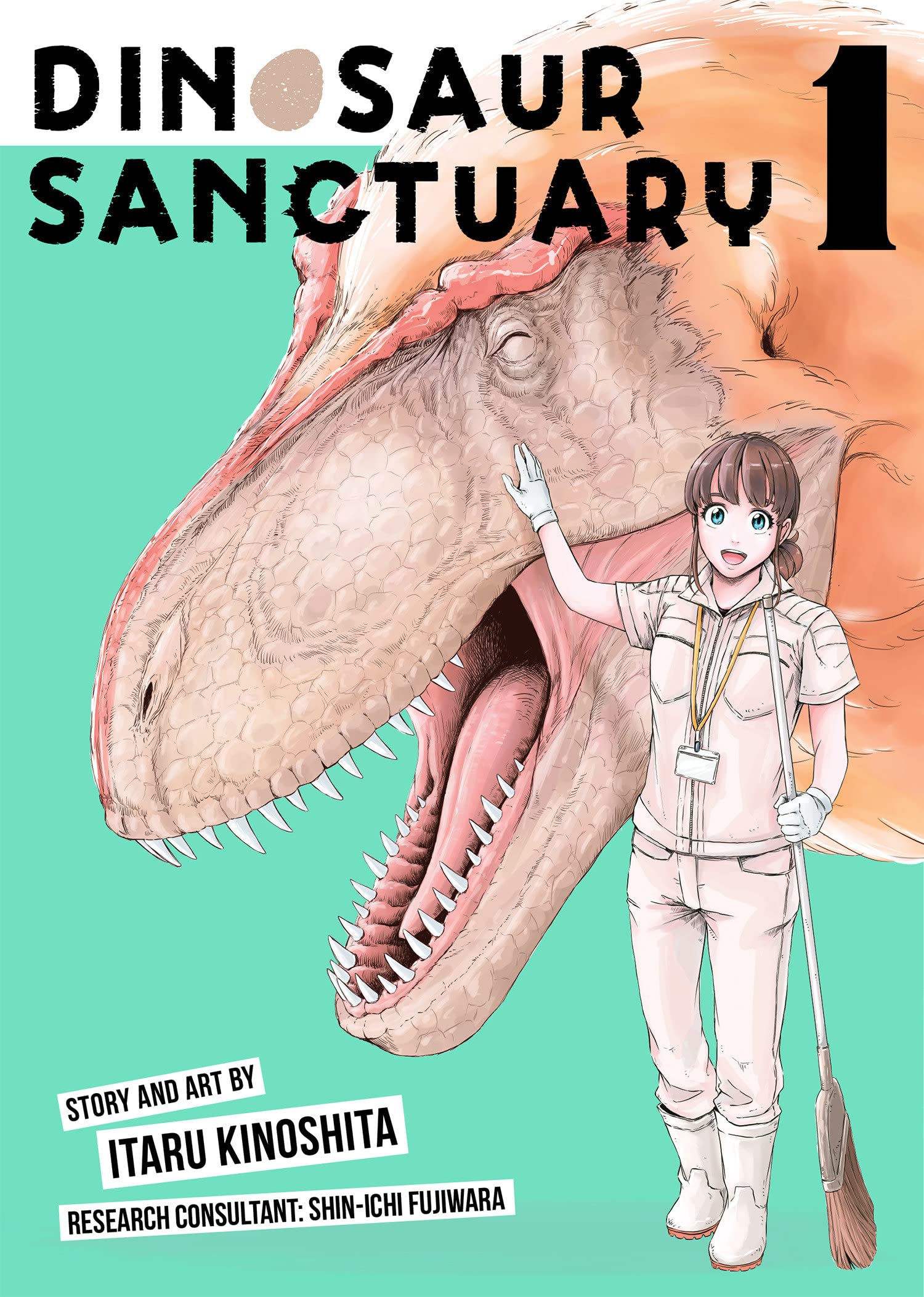 Like a lot of kids, Suzume was obsessed with dinosaurs. But now that she’s a grownup, she actually has an opportunity to work with them!

In Dinosaur Sanctuary, the premise is that an island with dinosaurs was discovered in 1946. Eventually genetic manipulation was brought into it, and then more dinosaurs were around. These dinosaurs get put into sanctuaries (think dinosaur zoos) but after a fatal incident in 2006, many people’s enthusiasm for dinosaurs has cooled.

Suzume doesn’t care about the fatal incident, and wants people to stop seeing dinosaurs as just scary. She wants people to see dinosaurs as animals, like any other. They have their own personalities. They get slower as they get older. And Dinosaur Sanctuary does a good job of making them like animals with personalities, rather than monsters in a monster movie. But Suzume might be a little too naive, because the manga also makes it clear that, like any other wild animal, sometimes dinosaurs can be dangerous to people.

At first the manga is Suzume at her new job, and even though it’s full of dinosaurs, it still has the usual job woes: unlikable coworkers, annoying bureaucracy, lousy tasks (only in this case it’s hauling loads of dinosaur poop).

After each chapter, Dr. Shin-ichi Fujiwara, who is the research consultant for the series, has a commentary page called “Dr. Dino’s Lab Log.” It references dinosaurs in the previous chapter, tells us what we know about dinosaurs, tells us theories about dinosaurs, and also includes some of Dr. Fujiwara’s personal interests in dinosaurs.

While at first Dinosaur Sanctuary feels as if it’s just going to be a laid-back story about work and dinosaurs, there are some hints that there’s a deeper story — and some mysteries — hidden underneath. This could turn into some very interesting stuff. At the very least, it’s a unique and fun way to look at dinosaurs, the characters are distinct and enjoyable, and you might learn a little from Dr. Fujiwara’s notes. Anyone who is a fan of both dinosaurs and manga ought to check this out.