Dig into the Mystery of DRAMAtical Murder on Blu-ray & DVD 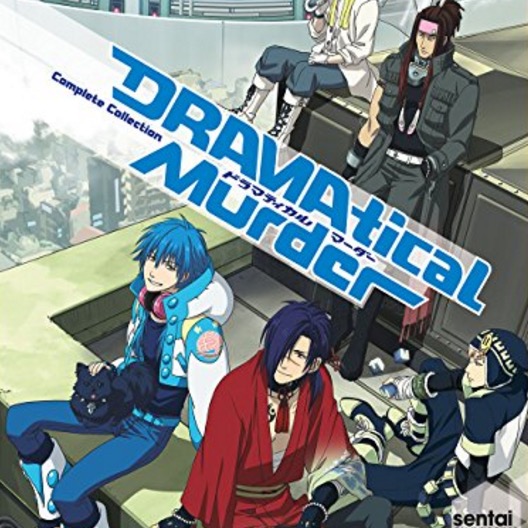 Many of us have seen the very real effect games can have on our lives, but the ones we play have nothing on the popular virtual game known as Rhyme. In the world of DRAMAtical Murder, this particular game ends up being a life-changing experience, and you can see how the events unfold in Sentai Filmworks’ DRAMAtical Murder Complete Collection,

Aoba Seragaki was hoping to live as normal a life as one could muster on the privatized island known as Platinum Jail, minding his own business in the Old Residential District and working at a store named Junk Shop Mediocrity. The world he thought he knew falls apart when he gets sucked into the virtual one of Rhyme, though, and suddenly déjà vu begins to take on a whole new meaning, with other people seeming to recognize Aoba for things he doesn’t remember doing.

The next thing Aoba knows he’s hearing rumors of disappearances connected to group turf wars, and it’s clear that there’s more to both the virtual and real world around him. What secrets lie in his own mind, and how are they connected to the surrounding events and disappearances?

DRAMAtical Murder started its life as a visual novel by Nitro+chiral, first released for PC in 2012. The anime adaptation is directed by Kazuya Miura (episodes of AKB0048, Food Wars!), with Kabura Fuchii and Touko Machida on series composition for the NAZ production. Get ready to be sucked into the world of Rhyme and the intrigue of DRAMAtical Murder in