Demon Slayer Gets a Shojo Makeover in Margaret Magazine

Demon Slayer is a shonen series, but shojo manga magazine Margaret is showing it some love. Ahead of the Demon Slayer movie release, Margaret asked six shojo artists to do their own rendition of Demon Slayer characters and interviewed two of the anime actors. 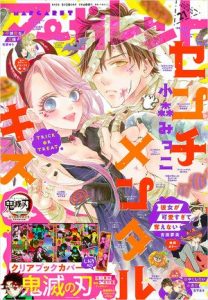 Tanjiro Kamado VA Natsuki Hanae and Kyojuro Rengoku VA Satoshi Hino also spoke about what character type they’d want to be in a shojo manga. Hanae went for the guy who initially looks like a jerk but isn’t, and Hino is all about being a balding guy who is schoolmates with the heroine.

What do you think of Demon Slayer as a shojo manga?