Crunchyroll has spent the last few weeks announcing additions to its spring anime lineup, and today’s should please fans of the lighter side of Naruto. As previously reported, Rock Lee & His Ninja Pals (Rock Lee no Seishun Full-Power Ninden) is taking over Bleach‘s time slot on Japanese TV, and the series will start streaming on Crunchyroll on Tuesday, April 3 at 2:30 am PDT.

The show will be available for premium members worldwide except for Japan, France, Belgium, and Switzerland. Free members can check it out a week after it debuts. The series is based on the gag manga by Kenji Taira, and directed by Masahiko Murata (Naruto Shippuden film director). 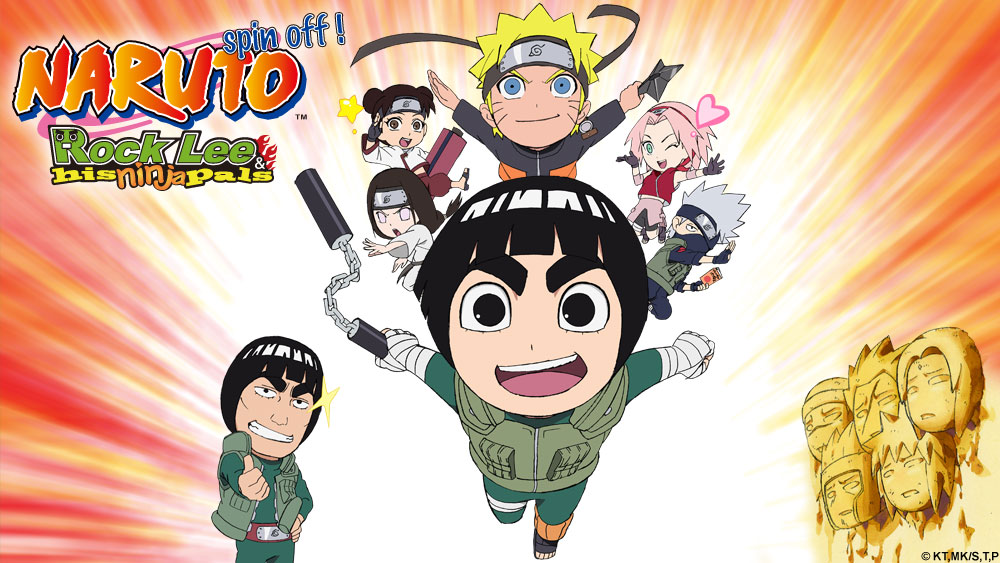 Other recent spring additions to the lineup include Yurumates, Saint Seiya Omega, You and Me (Kimi to Boku) season 2, Folktales from Japan, and Space Brothers.