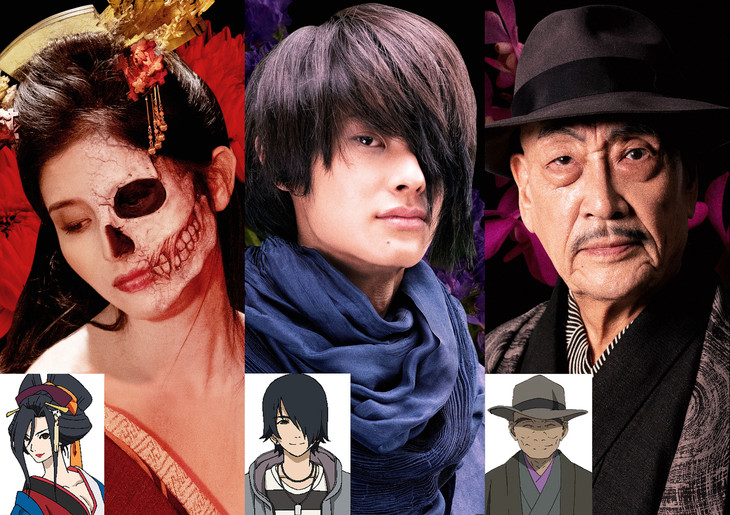 The live-action adaptation of anime series Hell Girl is set to hit Japanese theaters November 15. Now we’ve got a look at its principals in costume in a series of creepy photos from the set.

In the first shot, from left to right, we’ve got Manami Hashimoto as Hone Onna, Raiku as Ren Ichimoku and Akaji Maro as Wanyudo.

In the second, we’ve got Tina Tamashiro as main character Ai Enma, both in school girl and Hell Girl form. 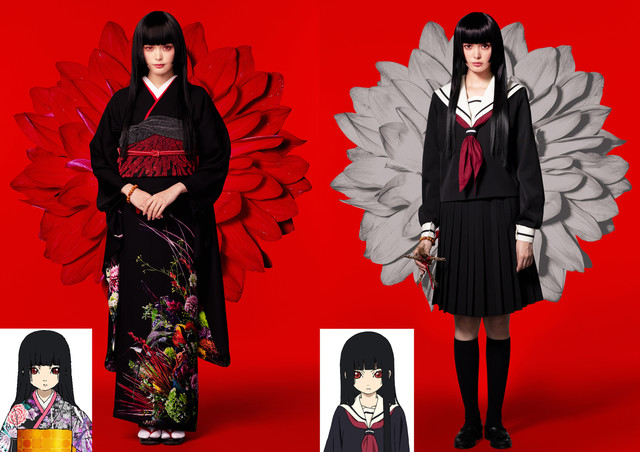 Finally, we’ve got a trailer showing off the overall look of the Hell Girl film.

At the helm of the film is veteran horror director Koji Shiraishi (Sadako vs. Kayako, Impossibility Defense), who is also writing the screenplay.

Hell Girl began as a 2005-2006 anime series directed by Takahiro Omori at Studio Deen. It was followed by several addition seasons, manga, and a live-action TV adaptation. The most recent season of the anime series aired last year.