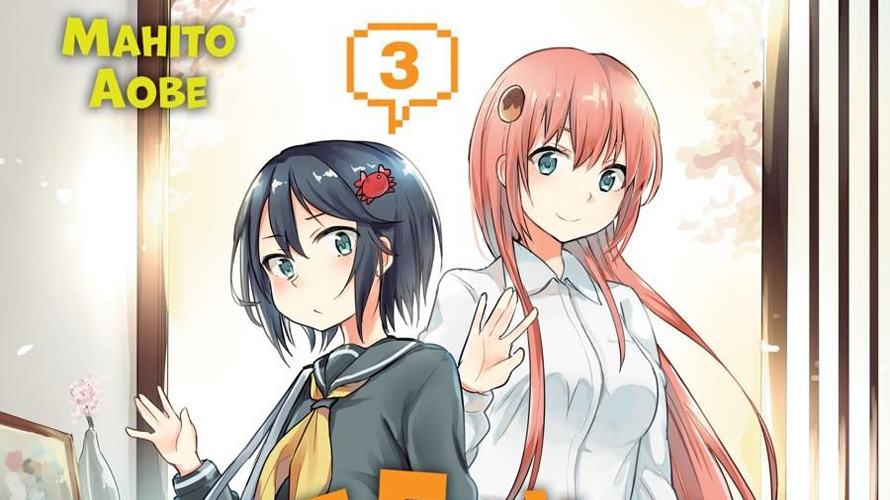 Count Fujiwara is a cat, the pet of the Fujiwara sisters. There’s Shizuka, a 16-year-old high school dropout trying to make a name for herself as a video game streamer, although in reality she hates herself and is too neurotic to leave the house. (“All I do is surf the net all day…. I’m a loser with no value in life…”) Then there’s Yumeko, age 13, who pretends to hate her big sister but actually has a huge sister complex and steals Shizuka’s panties and tries to keep her from ever leaving home.

Count cares about Shizuka and wants to help her get better: when she’s pressured into stripping for her videos, he jumps in front of the camera and pulls the power cord. “Don’t let those people behind the screen brainwash you!” he says, although all she hears is meows. Despite Shizuka’s best efforts to hide out in her room, she and Count 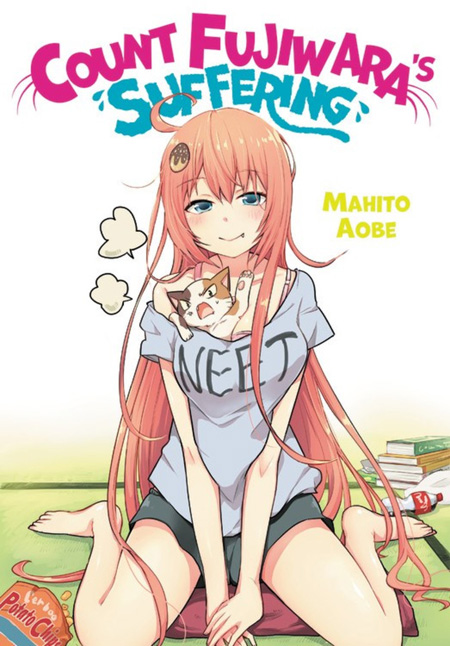 soon cross paths with other people in the streaming community: Hiroki, a tall girl who develops a crush on Yumeko; Hakuchou, an evil streamer who doxxes Shizuka; Haruka, a crossdressing boy who likes Shizuka’s stream; and even another cat!

The first good idea in Count Fujiwara’s Suffering is the idea of a grumpy cat as a shonen love-com hero. Perhaps “hero” isn’t quite the word; the Count doesn’t really do much, serving more as a reader-insert observing the sisters’ troubles. The fanservice is plentiful and shameless, but thankfully the manga avoids any hint of human/cat sexual feelings, though there’s a running joke about Count getting tied up for humiliating cat Instagram photos.

To the story’s credit, it eventually moves away from the clichéd incest jokes (only in manga could incest jokes be called “clichéd”) and into more fun, unpredictable territory about Shizuka overcoming her social anxiety and Yumeko (sort of) maturing. Crudely drawn in spots, and distinctly pervy, it’s basically a sweet story about growing up and dealing with the isolation of the digital age. With panty shots.

Familia Feud!
Kadokawa Opens Online Store for US, Other Markets