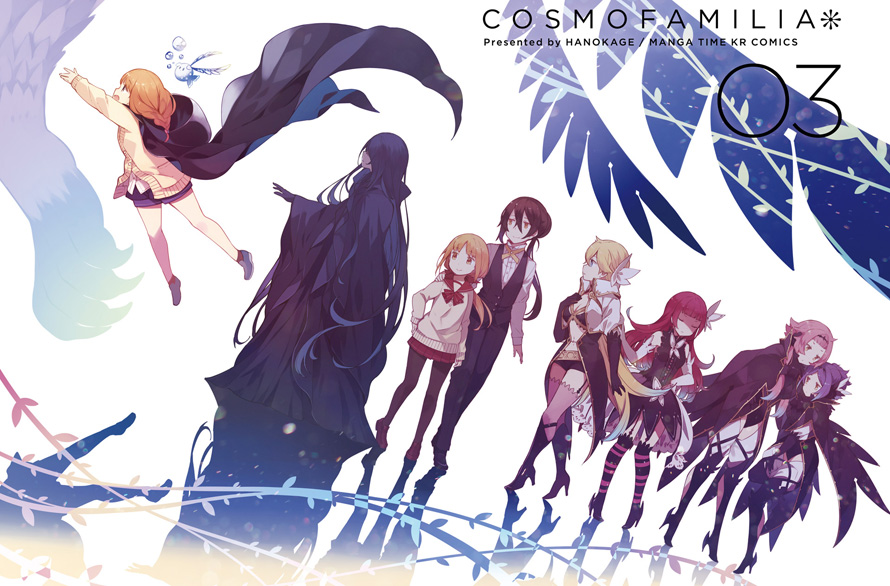 Confusing at first, Cosmo Familia settles into a weird groove by the end of the first volume. It begins with mystery heaped upon mystery, with so many things going on and so little context that it’s hard not to feel dislocated. The patient reader will be rewarded with a strangely compelling tale of cute alien invaders, time travel, and magical girls. But it takes a while to get there and the book isn’t without flaws.

On the surface, Cosmo Familia is an oddball alien-invasion story. The Cosmofs, cute aliens that look like stuffed animals, are running amok on what seems to be Earth. While the Cosmofs don’t kill people, they destroy property, ruining homes, businesses and schools. 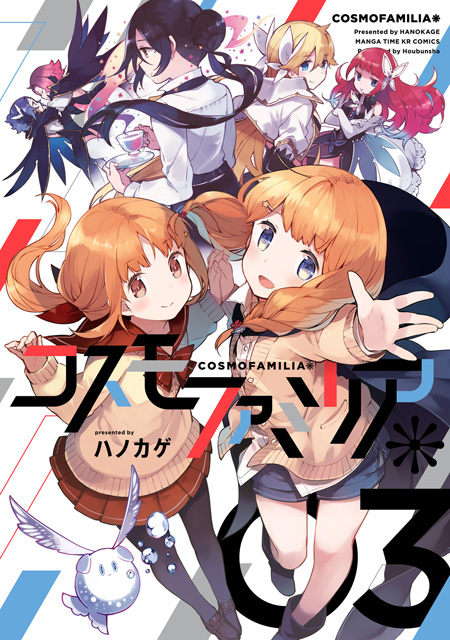 An organization called Nix is trying to stop the Cosmofs and, if need be, kill them all. Caught in the middle is Alice Amakawa, who does her best to keep her town Cosmof-free despite being ostracized because the world blames Raika, Alice’s missing mother, for the alien invasion. Six years ago, Raika and the family servant disappeared, leaving young Alice on her own. At last Alice sets out to restore her family, which throws her into a surreal adventure.

The main problem with Cosmo Familia is the art—even though it’s adorable. The inks are lovely, the characters are cute, and everything is sugar-sweet. The only part that doesn’t look pretty is the sparse, mechanical background art, which suggests a vague sense of place but never creates a strong impression of where all this is happening. A bigger problem is that the human characters, who are all female, look alike; Alice is indistinguishable from her mother. The page compositions would be clear enough to follow in a more straightforward manga, but the disjointed plot will have readers flipping back and forth in a vain search for context.

Impatient readers may not want to wait for the book to slowly excavate its mountain of mysteries, while others will find it an intriguing story full of interesting weirdness. Whether the plot arrives at a satisfactory, or even coherent, explanation remains to be seen, and ultimately the manga’s success will rest on how well all its elements come together.