In a world where supernatural monsters walk freely in human flesh, only the strongest and most violent individuals can survive. Even then, it often takes a warrior with their own supernatural powers to overcome these creatures. Enter the setting for Claymore, an anime based on the shonen manga series written and illustrated by Norihiro Yagi. These pseudo-demonic beings known as Yoma hunger for human entrails and stop at nothing to kill their prey. However, an organization of women known by the peasantry as “Claymores” actively fight against the scourge and strive to wipe the creatures out of existence• for a price.

When I sat down to watch Claymore, my expectations were extraordinarily high. The first anime series I ever watched from beginning to end was Berserk, and the show remains on my top five list to this very day. After watching the trailers posted by FUNimation on their website, the similarities between Claymore and Berserk were clearly evident. Both shows feature warriors wielding over-sized swords, monsters that can don human form, and badass protagonists that exact their vengeance with brutal efficiency. But any show can be made to appear a winner in a trailer. So I tempered my excitement and anxiously sat down to review Claymore.

Thankfully, the dimming of my expectations wasn’t necessary at all. Out of all the anime I’ve watch in recent memory, Claymore exists as a stand-out performer. Integral to the success of the series is the show’s plot, which really pushes Claymore out of the standard “above average” range into the echelons of “excellent.” When the series begins, we’re quickly introduced to Clare, a Claymore and the central figure of the series, and Raki, an orphaned young man that decides to act as Clare’s cook and companion. Through a series of tough-won battles, we get to see Clare battle against a variety of Yoma that inflict all sorts of bodily harm to the story’s main character. Luckily, Clare is also part-Yoma, which allows her to heal faster than normal, run at superhuman speeds, and fight with the strength of dozens of men.

This all sounds like fairly standard fare thus far, right? At the point where viewers may be doubting their initial purchase of Claymore, the story takes an interesting turn. Rather than continuing on a linear progression through the story, viewers are thrust into Clare’s past, see her own terrible childhood, and discover her motivations behind choosing to become a Claymore. It’s at this point where viewers also are introduced to the series’ main villain, a horribly powerful Yoma named Priscilla. Clare’s entire existence revolves around a desire to kill Priscilla, and thus we also discover that Clare is not as powerful as we once thought. In fact, Clare is one of the weakest Claymores.

By the end of the third volume, I was thoroughly enthralled with Clare’s troubled past, her inner turmoil, and the incredibly strange twists that Norihiro Yagi managed to expertly wrap into the plot of Claymore. Although many shows (like Ergo Proxy) try to keep viewers on their toes with random plot blips, Claymore actually succeeds at turning the plot without taking viewers completely off guard. Clare’s first on-screen kiss (which occurs in “Endless Gravestone Part 2) is a terrific example of exactly the sort of alteration. It’s not necessary, but it adds a certain depth to the characters that isn’t always evident in other anime.

While the plot may be tremendous thus far, the production values for this Madhouse-developed series aren’t far behind. Every time a new episode starts, I’m blown away by the obvious talents of the art team. It’s never easy to depict superhuman abilities in animation — blurred limbs and bulging muscles can only get you so far — but the interpretations that were made here are spot on. Stretching arms, regenerating limbs, flaming power-ups, and ripping body suits are only a sample of what’s in store for viewers.

On top of that, the character design in Claymore works incredibly well. Even when the women begin to get more beast-like — thus losing a lot of their unique features — you can still identify each of them very easily. Even the Yoma’s have their own unique looks, making each new creature a pleasure to witness.

While the animation and artwork are top-notch, the dubbing is merely adequate. Many of the main performers turn in quality performances, but the voice of Raki (performed by Todd Haberkorn) is utterly obnoxious. Although his character displays plenty of likable traits, the dubbed voice alone made me want to skip every scene with him in it. Luckily, Stephanie Young does a stand-up job as the emotionally devoid Clare.

Even with my minor complaints, Claymore has a ton of potential. Although a lot of anime recommendations weigh heavily on the final few episodes in a series, I have to recommend these first few discs to anyone that enjoys watching bloody swordfights, kick-ass heroines, or anything with a more adult flair. Everyone should keep their eyes open for the next volumes. You know that I will be. 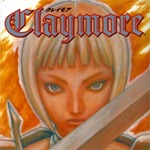 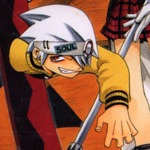 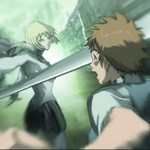 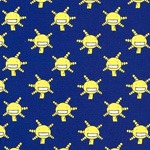 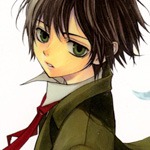 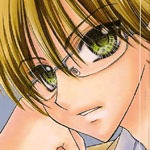