The second Yu-Gi-Oh! theatrical feature originally dueled in U.S. theaters well over a decade ago, but now Yugi and co. are set to make a triumphant comeback. The digitally remastered version of the 2004 anime box office hit Yu-Gi-Oh! The Movie returns to cinemas for a limited two-day event, and you can check for theaters near you and purchase tickets today!

Heroic Yugi squares off against arch-rival Kaiba in an adventure even more dangerous when the imaginary monsters in their playing cards become ferociously real… and when an old evil enters the fray. Who will win this ultimate smackdown? Whether you’re a novice Duelist or a professional, you’ll want to watch and find out!

Yu-Gi-Oh! The Movie was directed by Hatsuki Tsuji (Yu-Gi-Oh! GX, Cardfight!! Vanguard), with animation production by Studio Gallop (Initial D, Eyeshield 21). You can look forward to the same exciting feature-length adventure, including all your favorite dub cast members, with a gloriously remastered sheen.

In addition to the feature itself, moviegoers will get a chance to check out the English-dubbed premiere of the first episode of Yu-Gi-Oh! VRAINS, the sixth Yu-Gi-Oh! anime series. Hundreds of select movie theaters are getting in on the fun nationwide, and the screenings will take place on Sunday, March 11 at 12:55pm and Monday, March 12 at 7:00pm. Secure your tickets online and get ready to duel! 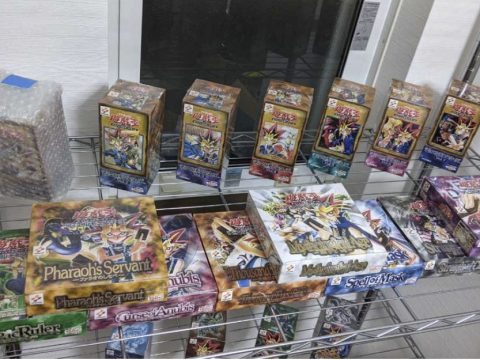