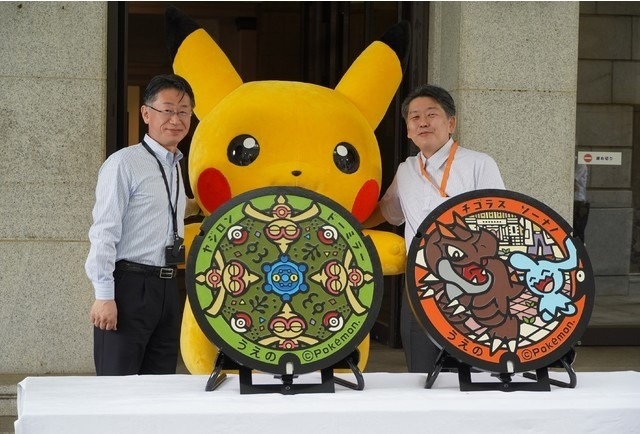 Pokémon manhole covers have been popping up all over Japan, but central Tokyo only now just got in on the action!

The manhole covers are of Tyrunt and Baltoy. Because Tyrunt is clearly inspired by a T-Rex, it’s located right by the National Museum of Nature and Science. Go inside and you’ll see plenty of fossils.

Baltoy is inspired by Japan’s ancient dogu figures, so its manhole is near the antiquity-filled Tokyo National Museum.

A ceremony was held on June 14 for the two new manholes, and among those attending were the vice-directors of the two museums, as well as the ever-iconic Pikachu.

Niantic Is Coming Out With Real-World AR Game TRANSFORMERS: Heavy Metal
Kakegurui Creator Coming Out with Isekai Manga “Coated in Hate and Desire”