The Life of Budori Gusuko Anime Film to Stream on HIDIVE 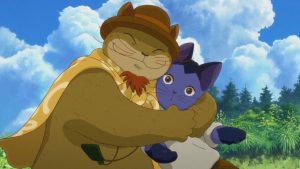 If you haven’t had a chance to check out 2012 anime film The Life of Budori Gusuko, you’ll soon be able to on HIDIVE. The streaming service announced its acquisition of the rights to the adaptation of Kenji Miyazawa‘s novel, with the movie to premiere for subscribers in the US, Canada, New Zealand, Australia, the UK and other select territories on July 21 at 5:00pm UTC.

The Life of Budori Gusuko explores the story of Gusuko as he tries to find his place in the world after suffering the loss of his home to a natural disaster. As he wanders the countryside, contemplating what his future holds, the beauty of the landscape reflects Gusuko’s thoughts and feelings, creating a dynamic setting which mesmerizes and enthralls. Mixing otherworldly elements with a melancholic story, The Life of Budori Gusuko touches the philosophical topics of destiny, free will and the true meaning of life.

Battle Angel Alita Deluxe Edition Brings a Classic Back in Style
Check Out a New Visual for the Love Live! Sunshine!! Movie