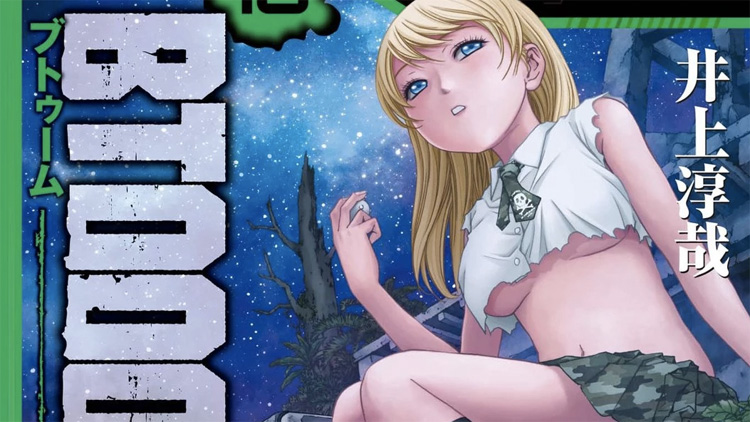 Btooom! fans around the world are saying “boooo” (btooo?) with the news Junya Inoue’s manga will soon be coming to an end.

Btooom!, which is about a NEET trapped inside the real-life version of his favorite online game, has been running since 2009, and currently spans 24 volumes. Inoue says the series will span two more volumes for a total of 26.

Inoue, who made the announcement on Twitter, also wrote that he’s planning big things for the finale, and to “please look forward to it.”

An 12-episode anime adaptation of the first 50-odd chapters of the manga was animated by Madhouse back in 2012.

Are you a fan of the anime and/or manga?