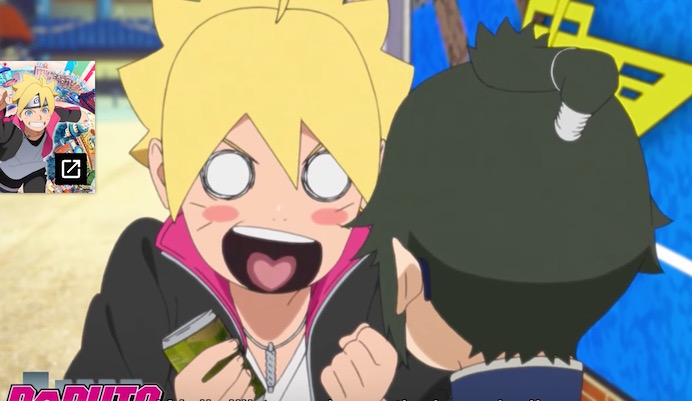 Viz Media announced plans to celebrate the launch of Boruto: Naruto Next Generations with a special simulcast premiere on Hulu. The press release may have just gone out yesterday, but the premiere itself is comin’ at us fast on April 5.

This lines the Hulu simulcast premiere up nicely with the Japanese premiere of the anime. In addition to the TV series, Viz Media also recently released the Boruto manga and the home video version of Boruto: Naruto the Movie.

You’ll be able to catch Boruto on Hulu here. New subtitled episodes will premiere every Wednesday.

Here’s the trailer if you missed it before:

As the series opens, Naruto has achieved his dream of becoming Hokage (leader) of the village and now has a family of his own. His son Boruto has enrolled in the Ninja Academy to learn the ways of the ninja, but a series of mysterious events unfolds. Boruto’s story is about to begin!