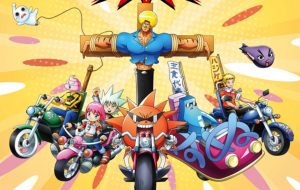 Love it or hate it, you gotta admit there’s nothing quite like Yoshi Sawai’s Bobobo-bo Bo-bobo manga. The series ran in Shueisha’s Weekly Shonen Jump magazine from February 2001 to November 2005, followed by a sequel series—Shinsetsu Bobobo-bo Bo-bobo—from December 2005 to July 2007. Now that we’re firmly within its 20th anniversary, it’s time to celebrate with a special exhibition in Japan.

Toei Animation announced that the “Bobobo-bo Bo-bobo Exhibition: Hajike Densetsu yo Eien ni…!? (The Legend of Hajike, Be Forever…!?)” exhibition will be held on the seventh floor of Tokyo’s Shibuya Marui building from November 20 to December 12 of this year, sporting the tagline, “It’s a time like this. We’re unstoppable.”

A new visual was whipped up for the occasion, featuring the main cast of characters from the 28-volume series, which has had seven million copies printed throughout its run. 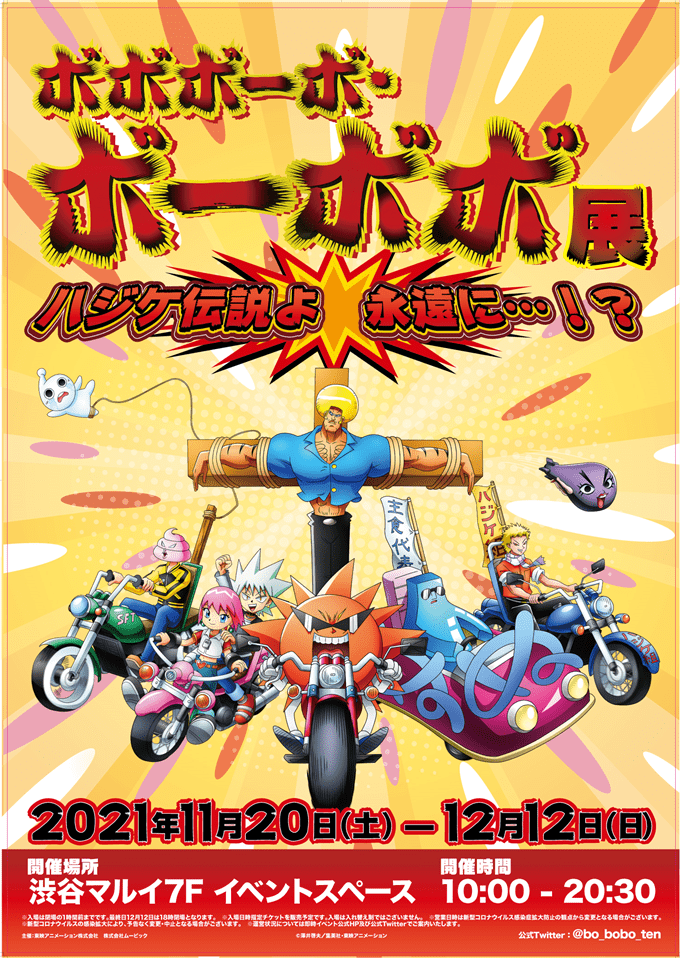 Commemorative goods will be sold at the venue during the exhibition period, and fans will be able to peruse material that looks back on the series’s many memories. Tickets went on sale on October 25 in Japan through Lawson Ticket, and more details on the goods and the exhibition itself will be announced through the official website and Twitter account.