Before the latest volume of Black Jack is even a third of the way through, the good doctor fends off sharks with scalpels while adrift at sea with a critical patient. Does something as seemingly preposterous as this make me balk? Oddly enough, no. Instead, I wonder if Black Jack has had to do this before, and I wouldn’t be surprised to find out the answer is an emphatic “of course.” That’s because, even by the end of the ninth volume, Osamu Tezuka still holds a tight grip on the many mysteries surrounding its leading man.

Is he a kind hearted saint of the surgical theater? Is he a greedy, manipulative monster with uncanny medicinal skills and no license with which to legitimately wield them? Or maybe he’s just a man trying to heal past burdens, or pass on the limited emotional care he can give to his patchwork “daughter,” Pinoko. It’s great and perfectly acceptable to have all kinds of suspicions and theories as to what Black Jack truly is and what he wants, but the shroud around his character remains thick.

Here we find him performing even more odds-defying surgeries under great duress, whether that glaring impetus is a ticking clock or a loaded gun, which is kind of like a ticking clock with bullets anyway. As for the aforementioned veil over Black Jack himself, perhaps the most revealing chapter of this collection is “A Question of Priorities.” Black Jack stares right in the face of a three-way treatment call: who gets fixed first, a rare endangered cat, the child it bit, or a powerful member of the Diet who was shot during the hunt?

Black Jack has the answers, and he has his own reasons for them. Stories like this might not take a matter-of-fact in depth exploration of his psyche, but they speak volumes nonetheless.

There’s also a good deal of fatherly love in this volume, from stories about actual father-son relationships like “Three-legged Race,” to not so nail-on-the-head parables like “Teacher and Pupil” or “Pinoko Lives.” The ancillary characters work just as effectively as the primary cast in getting across whatever message Tezuka has in mind for their particular chapters; it’s tough not to feel for a hard-shelled teacher that cares enough for his students to do what he does in the volume’s first entry.

With stories like these, it’s often necessary for Black Jack to almost act as a Watcher, letting certain events play out naturally like he’s some kind of cosmic entity with a knack for first aid. That doesn’t stop him from swooping in when it counts, but it says something about the level of Tezuka’s storytelling throughout this series that it’s not always dependent on the inclusion of his lead. Hell, sometimes he even has wounds of his own that need to be operated on, as is the case in “Gunshot Wound.”

So we have another thick volume of tales worthy of repeat reads, spun by a master through expert illustrations that don’t even hint at the haste with which they were created. After all, as his many guest appearances in his own comics proclaim, Tezuka worked against a ticking clock more frightening than the barrel of any gun: deadlines. It’s to our collective benefit that he met them successfully. 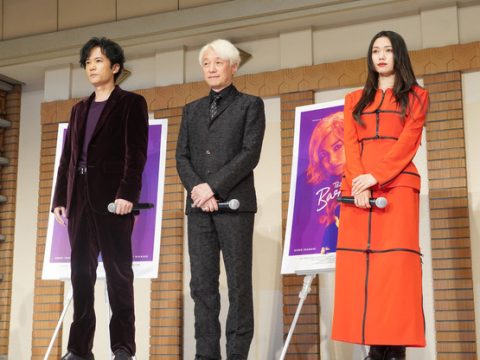 Celebrating 90 Years of Osamu Tezuka, the God of Manga