We at the Otaku USA News Dome love nothing more than a good collaboration between a well-known Japanese pop-culture property and pizza. You may recall a time earlier this year when Hatsune Miku teamed up with Domino’s Pizza in Japan, selling mountains of cardboard pizza boxes emblazoned with the virtual idol in about a week.

This time, it’s Pizza Hut collaborating with this season’s breakout anime hit, Shingeki no Kyojin, aka Attack on Titan. The offer, which runs from June 10 to July 21, will give customers who order pizza online the chance to be entered into a drawing for a variety of Cool Stuff signed by the show’s production staff. 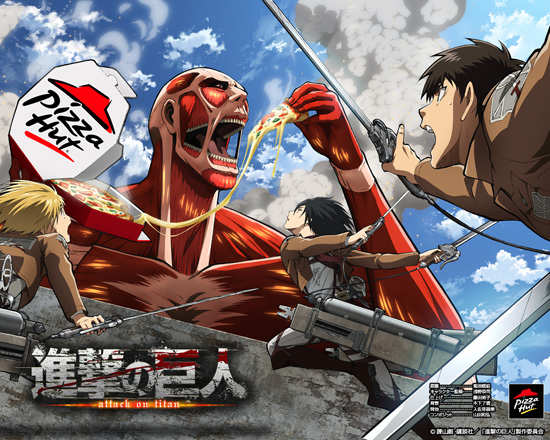 Of course, our American readers (presumably most of you) will be most interested in these astonishing Attack on Titan wallpapers, which depict one of the titular giants chowing down on what appears to be a Fresh Mozzerella Margherita pizza. My word!

This story originally ran in the 6/11/13 issue of the Otaku USA e-News
e-mail newsletter. If you’re not on the mailing list, then you’re reading it late!
Click here to join. 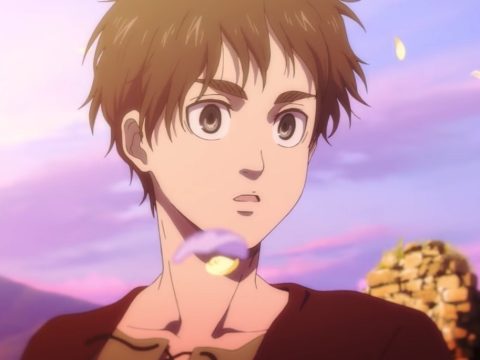 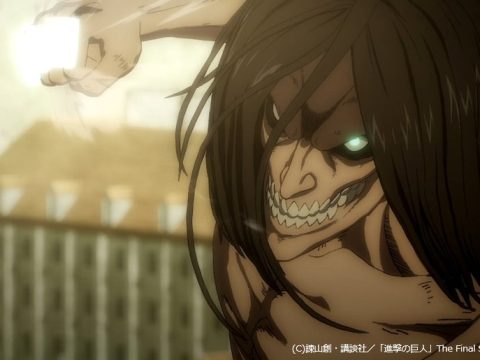 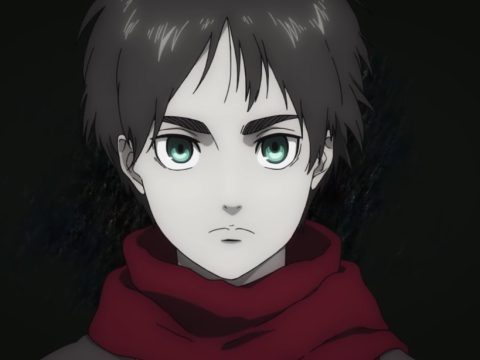