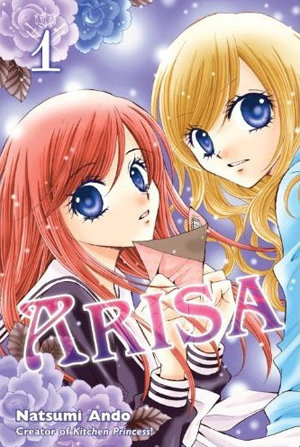 Twin sisters Tsubasa and Arisa have been separated for three years, starting with their parents’ divorce. Though they’ve been writing letters, this is the first time they see each other again in person. The girls have different hair colors, but besides that they’re identical, and they come up with the idea of Tsubasa passing for Arisa at school. All Tsubasa has to do is don a wig and do a little research on who’s who in her sister’s inner circle.

The day at school goes very well and Tsubasa is both envious and proud of her sister. It seems Arisa is quite beloved and popular, not to mention the fact she has a cute boyfriend! Tsubasa wishes she were that lucky.

Then Arisa attempts suicide by purposely falling out a window.

Maybe her life isn’t so great after all. She ends up in a coma, and Tsubasa swears she’ll find out what upset her twin so much. Still disguised as Arisa, she returns to the school to discover what she can. The people there are as nice as ever, but soon something sinister happens.

This is where Arisa stops being a slice-of-life manga and instead gets a more occult, dark feel. The students are in contact with some godlike being called the King who will grant wishes, even if those wishes are to make a person disappear. Disappear as in dead? Is that what’s happening with Arisa?

Needless to say, this turn of events changes the whole feel of Arisa. It could have been a story about sisters and dating, but instead it’s becoming a story about murder and supernatural powers. Or could there be a less than supernatural explanation for all this?

Certainly the mystery of the King doesn’t get solved in this first volume. That will be in future books. This does make Arisa considerably more dark than Natsumi Ando’s previous series, Kitchen Princess. The art style is similar (those pretty characters! those big eyes!) but the two series feel quite different.