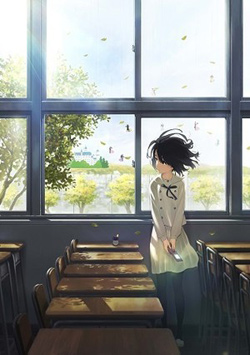 The team behind Ano Hi Mita Hana no Namae o Bokutachi wa Mada Shiranai, known by its far easier to remember shortened name Anohana, is working on a new anime film, and the first key visual from the film has been (accidentally, apparently!) revealed.

The film, which is titled Kokoro ga Sakebitagatterun Da (The Heart Wants to Shout), is set in Chichibu, the town which has benefitted greatly in the past few years from folks making otaku pilgrimages to see the real-life settings featured in Anohana.

It’s being created by the same core team as Anohana, too, including director Tatsuyuki Nagai, screenwriter Mari Okada and character designer Masayoshi Tanaka.

View all posts by Matt Schley
Psycho-Pass: The Movie [Review]
That Katsuhiro Otomo Live-action Film? It Just Might Be Domu