All Out!! Anime Adaptation Information Comes… All Out 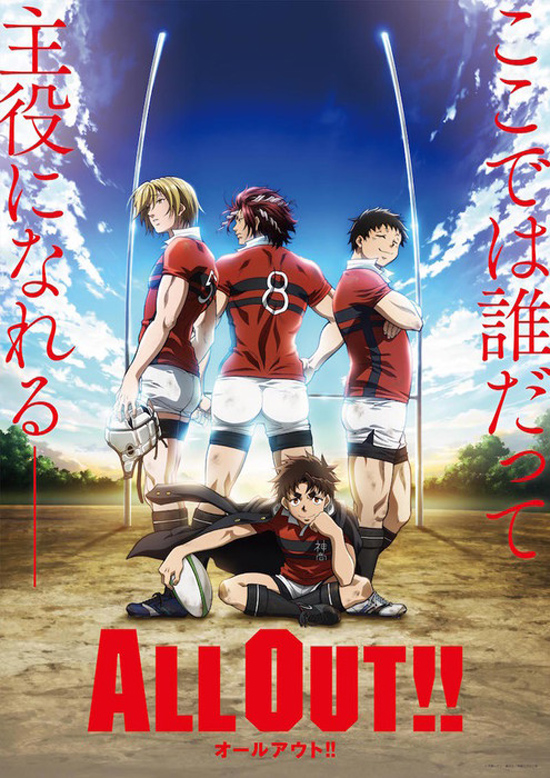 It’s a glorious day for combination rugby-anime fans. That’s because a bunch of information about the anime adaptation of rugby manga All Out!! is… out.

All Out!!’s director is Kenichi Shimizu, whose last anime was Parasyte -the maxim-. Handling series composition will be Masahiro Yokotani, who also wrote Free! (looking at the visual, we are not particularly shocked there’s some creative crossover with that series). Kuroko’s Basketball scripter Shingo Irie will also join in on writing, and the whole thing’ll be cooked up over at TMS and Madhouse.

The original All Out!! manga, by Shiori Amase, is about the friendship between rugby playing high schoolers Kenji Gion and Sumiaki Iwashimizu.

All Out!! will start airing in the fall. We’ll have more info on this series as it comes out. All out.