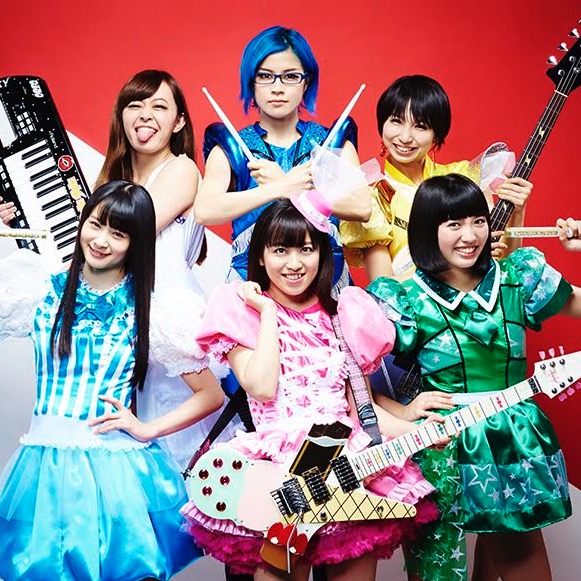 You might be familiar with all-girl J-rock group Gacharic Spin if you’ve heard one of the ending songs from Dragon Ball Z Kai, “Don’t Let Me Down,” which started running with the series in its 147th episode. Soon you’ll be able to see them live, because they have a special U.S. concert coming up as part of the 2015 J-Pop Summit.

Gacharic Spin’s special one-night-only concert will be held on Saturday, August 8. The 2015 J-Pop Summit will take place at the historic Fort Mason Center in San Francisco’s Marina district. For tickets, V.I.P. Passes, and more info head on over to www.J-POP.com.

Here’s Gacharic Spin’s video for “Don’t Let Me Down”:

Gacharic Spin celebrates their fifth anniversary this year. Here’s more on the band:

Taking its name from the word, “Gacha,” derived from the Japanese word gacha-gacha, meaning “clattering,” each members’ character and complex sound reverberates and mixes perfectly with singers’ Hana and Oreoreona’s melodic vocals, to result in a spectacularly unique and danceable sound. Drawing influences from everything from dance and pop, to rock and industrial music, Gacharic Spin’s energy-filled live performances and potent musicianship have made them a band to watch! The band’s next full length album is set for release this fall by Victor Entertainment.