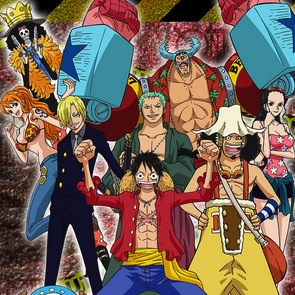 Adult Swim is about to try an experiment similar to the rebroadcasts of Dragon Ball Z Kai that have been running in the 8:00pm slot. Starting this week, the programming block will test out rebroadcasts of the previous week’s One Piece episode, slotted to air right after DBZ Kai at 8:30pm.

As Toonami’s Jason DeMarco points out, this is not Toonami, so no one should jump the gun in saying that the anime-focused block is starting earlier. If One Piece does well at 8:30pm, it will “likely stay there for a while.”

So I don’t get asked a million questions about it: this Sat, One Piece will air after the 8p DBZ ep on reg Adult Swim as an experiment.

New episodes will still air during the Toonami block at 3:30am.

Ghibli’s When Marnie Was There Gets Dub Cast, Date
[Review] Battle Angel