A Look Back at Mushi-shi 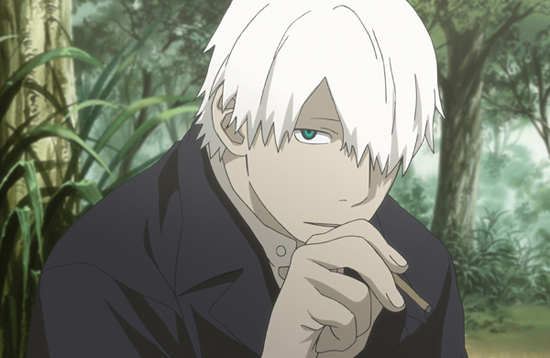 If you’re a fan of supernatural series and you haven’t already picked up Mushi-shi, you really should. Finding really good supernatural tales, the stories that are really evocative of the otherworldly, where the supernatural is integral to the story and world rather than tacked-on, and the whole thing avoids feeling schlocky (as entertaining as that might be sometimes) is a challenge. It seems like most anime with supernatural themes don’t really make it; the supernatural stuff is just topping, slightly weird sprinkles tossed onto standard action or fanservice fare, and it often feels slapdash and cheap. Mushi-shi is one that really stands out. It’s just plain good—even if you’re not particularly into supernatural pieces, it’s something you should still check out. 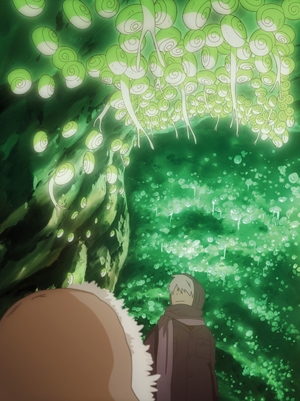 The series is based off a manga by Yuki Urushibara, serialized in Kodansha’s Afternoon magazine, which gave us titles like Oh! My Goddess, Blade of the Immortal, and Genshiken, among others. The 10-volume manga was adapted into a 26-episode television anime in 2005; it covers around five volumes of the manga, but since the storyline is episodic the anime never feels incomplete—though the manga is available from Del Rey if you find yourself wanting more.

The series is a bit like Black Jack with a supernatural rather than medical focus. Each episode deals with strange occurrences caused by creatures called Mushi. The Mushi have many forms and characteristics, but all are basic, elemental beings, in touch with the very essence of life itself. Most humans are unable to see Mushi and the two species go about their separate lives. Occasionally, however, some people can perceive the Mushi and even suffer from bizarre afflictions due to their exposure to certain types or concentrations of Mushi. The Mushi are not monsters or evil, they’re simply going about their own lives, but unfortunately that sometimes results in horrible things happening to people. When this happens an expert, known as a Mushi Master (or Mushi-shi), is called in to try and deal with the problem. In the case of Mushi-shi that expert is Ginko, a quiet man with strange white hair and green eyes. 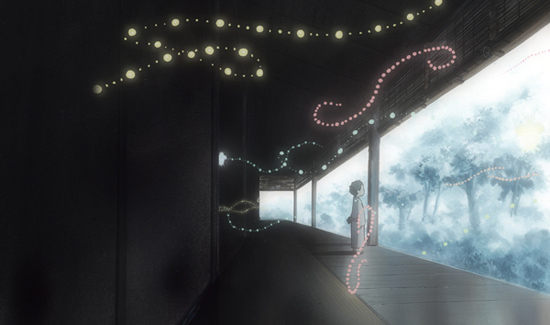 Ginko is a bit of an enigma—we learn little about him, and the people around him know even less. He attracts Mushi to himself like Kenshiro attracts ugly thugs with fuchsia mohawks, casting him as an eternal wanderer who simply drifts around the countryside helping anyone troubled by Mushi. Ginko always seems slightly outside the human world, distanced from everyone around him. Not only his strange coloring but his clothing seems out of sync, from the wrong time period; Ginko wears collared shirts, turtlenecks, and pants when everyone around him is in traditional Japanese clothing. Apparently Ginko’s wardrobe is an artifact from an earlier version that took place in modern times, but the decision to keep it was kind of a stroke of genius. It highlights Ginko’s separation 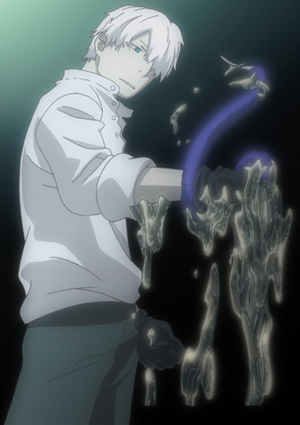 from everyone around him and, along with the supernatural storylines, creates a discord that makes everything that much more surreal and timeless.

The series has great atmosphere and looks beautiful. Character designs are fairly simple, but the animation by Artland is incredibly smooth and the Mushi look gorgeous. There’s also a great deal of attention paid to the atmosphere, with animators often putting in a great deal of lush, vibrant detail to the environment.

If you haven’t bought the series already, this complete set is a great way to pick it up. It’s got the whole series in one shot, with beautiful packaging. Of course, most of us like to watch something before we buy it, and for you I have good news: FUNimation has made the dubbed version of the show available for free on hulu.com. Check it out and if you like it, the show is definitely worth owning.