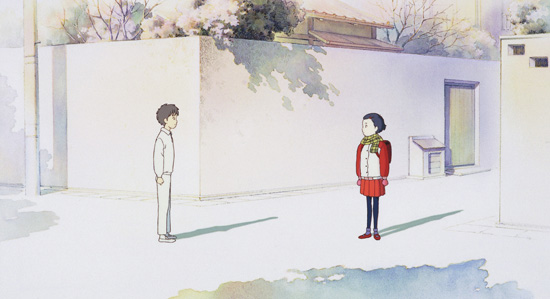 The last time I talked about Only Yesterday in this magazine, I was lamenting the fact that it was one of only two Studio Ghibli films to have never received an English-language release (the other being Ocean Waves). Now I’m back in the pages of Otaku USA to sing the praises of Only Yesterday, because US distributor GKids has licensed it and shown it in theaters throughout the US and has similar plans for Ocean Waves! What a time to be an anime fan!

Why is this a big deal? Only Yesterday is a critically acclaimed film from director and Ghibli founder Isao Takahata, who had previously directed Grave of the Fireflies and most recently helmed The Tale of Princess Kaguya. Despite the film’s considerable pedigree and popularity in Japan, it has gone unlicensed for 25 years, partly because it lacks the fantastical trappings of a Hayao Miyazaki film or the relatable tragedy of Grave of the Fireflies, and partly because its 1991 release date means it was old news by the time Disney began importing Ghibli films in the late 1990s. Despite all this, Only Yesterday is a beautiful film, the kind of understated commentary on human life that we don’t always see in anime. 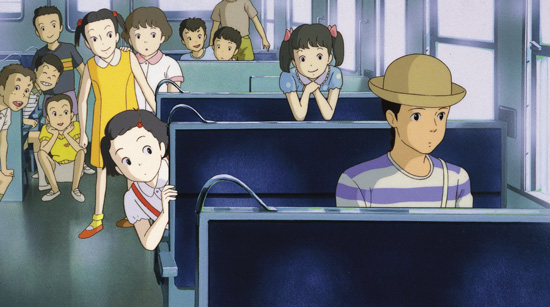 Our hero is humble Taeko Okajima, a 27-year-old office worker who heads from Tokyo to the countryside for a “vacation” of sorts: working on a farm with her sisters-in-law. It’s an opportunity for her get a break from the endless bustle of Tokyo, but it also fulfills a childhood desire to vacation in the countryside. Soon, as Taeko interacts with the locals and meets a kind young organic farmer named Toshio, she finds herself reconnecting both with the natural world and with her own fifth-grade self, as she remembers a series of moments from her childhood in 1966 and tries to connect them with the adult life she now lives.

Despite the realistic setting, Only Yesterday is infused with a subtle surrealism, with hyper-detailed present-day scenes falling away into washed-out, watercolor memories. The scenes in the past are the only parts of the film that take after its manga source material, which is a nostalgic, semi-autobiographical glimpse into the 1966 childhood of the author, Hotaru Okamoto. Takahata, recognizing that those childhood vignettes don’t work as a complete film, builds an entire frame narrative around them in the form of the adult Taeko, and in doing so creates two related but separate stories that move at their own pace and connect at unexpected moments. 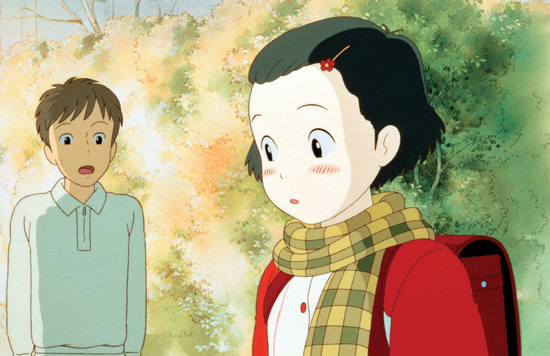 The adult Taeko’s story features Takahata’s signature concern for the working class (see sidebar), and he takes pains to illustrate the disconnect between Japan’s urbanites and rural poor. The safflowers that Taeko picks as a once-a-year curiosity are used to create expensive makeup that the farm girls can’t afford to buy for themselves. Toshio listens to Eastern European folk music as he drives Taeko from the train station to the farm, linking two cultures via the travails of their rural working class citizens. But the genius of Only Yesterday is that the social commentary serves a secondary purpose as a metaphor for Taeko’s own doubts about her life. To describe exactly how the two relate would constitute a bit of a spoiler, but suffice to say that in multiple viewings of Only Yesterday I always find a new thread between Taeko’s past and present.

But the most remarkable part of Only Yesterday is its Japanese dub. Whereas most anime feature an amped-up style of dialogue that bears little resemblance to actual Japanese speech, Only Yesterday is full of awkward interruptions, filler words, and verbal tics (Toshio makes a little clicking sound whenever he talks). There’s an almost uncomfortable intimacy to hearing characters speak so naturally in animation, and it’s further accentuated by careful character animation that subtly emphasizes small facial expressions. Daisy Ridley (Taeko), fresh off of Star Wars: The Force Awakens, and Dev Patel (Toshio), known best for Slumdog Millionaire, do their best to match the naturalism of the Japanese dub, and it mostly works, but it still feels just a little bit too polished. On top of that, Patel’s British accent sticks out among a cast of American voice actors and muddies the cultural contrast so central to the film. Don’t let that scare you off, though; even dubbed, Only Yesterday is a pretty spectacular experience. 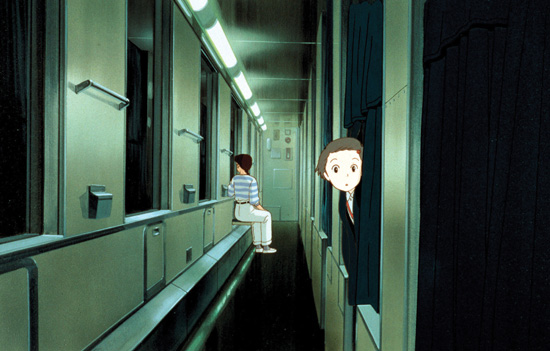 While the movie mostly coasts along in a series of vignettes that are by turns laugh-out-loud funny, bittersweet, and (occasionally) heartbreaking, it’s the ending that seals the deal, bringing together what seems like a messy, unfocused character study into a pristine commentary on the challenges of growing up. Takahata’s Grave of the Fireflies is anime’s most famous tearjerker for its profound tragedy, but Only Yesterday overwhelms with a joyous celebration of life that will almost certainly leave you bawling by the end. This one was worth the 25-year wait.