5 Webtoons You Should Be Reading on Spottoon 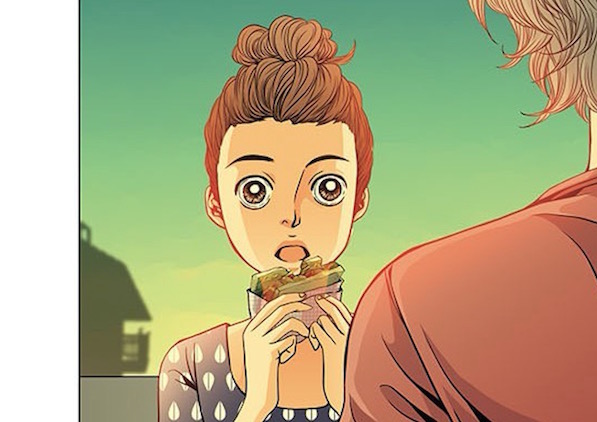 
is a Webtoons portal full of fantastic online comics from some of Korea’s most talented creators. Every genre is represented, from drama, fantasy, and romance to thriller, comedy, action, and mystery, so you’ll find no shortage of quality content to dig into right away. Therein lies the true dilemma, though: Where to start?! To help make the decision-making process a little easier, we’ve highlighted five Webtoons you should start reading on

Hee-Jung Park’s romance series follows a brooding actor named Seul-Woo and a naïve country girl named Young-Woo, who were arranged for marriage as kids. Now that they’re all grown up it’s time to actually get married, and they’ll have to face everything that comes along with it together, including their own complicated feelings for one another.

Yurim Lee has had a terrifying power since she was a child. She can literally see the darkness in people. Her power is so overwhelming that it’s caused her to avoid getting close to people throughout her life. That changes when she meets and ends up becoming friends with a guy named June, who just might be able to help.

For a gripping tale in the fantasy genre, look no further than Kyoungchan No and Hyun Am’s Red Storm. This action-packed series follows a desert warrior who trains a young boy for battle as they both gear up to face a slew of powerful monsters.

Post-apocalyptic action is the order of the day in Jun-Sik Yoon and Ji-Woon Baek’s Undead King. Thanks to a group called the Nemesis, a contagion has turned the country’s population into flesh-eating zombies. A mysterious man known as the Undead King attempts to fight back with a group of survivors and supernatural creatures, and a young high school boy ends up drawn into their battle while simultaneously trying to protect a young supernatural girl named Yoo Yoo.

Once you cool off from all the action you’ll want to check out Muryu’s drama Twelfth Night. As the royal palace succumbs to greed, betrayal, and murder, two young survivors flee, seeking help from a courtesan of Yu Hyangru along the way. Now they must reclaim what has been lost, but their path is wrought with its own dark secrets and mysteries of the past.

Once you start checking out Webtoons on

you’ll quickly find it difficult to stop. Thankfully there are plenty more amazing stories to read after these, so go ahead and