Yuri on Ice Producer Dishes On “That” Shot from Episode Three 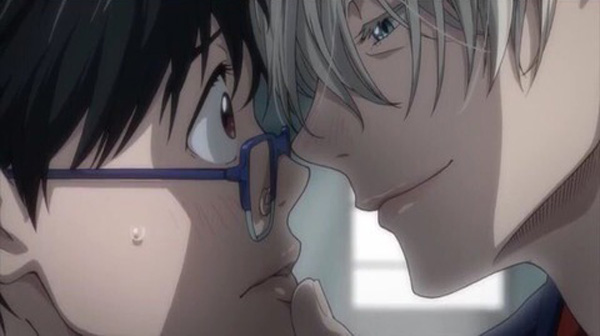 Yuri on Ice has become one of this season’s most popular shows, thanks in large part to the relationship between two of its main characters, Yuri and Victor.

In a recent interview, the producer of Yuri on Ice commented on one of the early scenes that kicked off the Yuri-Victor craze, and how the female staff of the show convinced him to include it in the show’s trailer.

The producer, who was interviewed by getnews.jp, is MAPPA’s Manabu Otsuka, and the shot in question is from the third episode of the series, in which Victor gets within what Otsuka refers to as “kissing distance.”

Said Otsuka, “as for the final shot in the second trailer where Victor comes within kissing distance from Yuri and touches his lips, I initially thought it might be better not to include it because it might turn off some viewers. But the women on the staff [of the show] said strongly, ‘please include it!’ In the end, when we debuted the video at an event, the crowd went wild at that shot.”

Response to Otsuka’s comment on Japanese social media was largely, “well, duh,” with which we heartily agree.