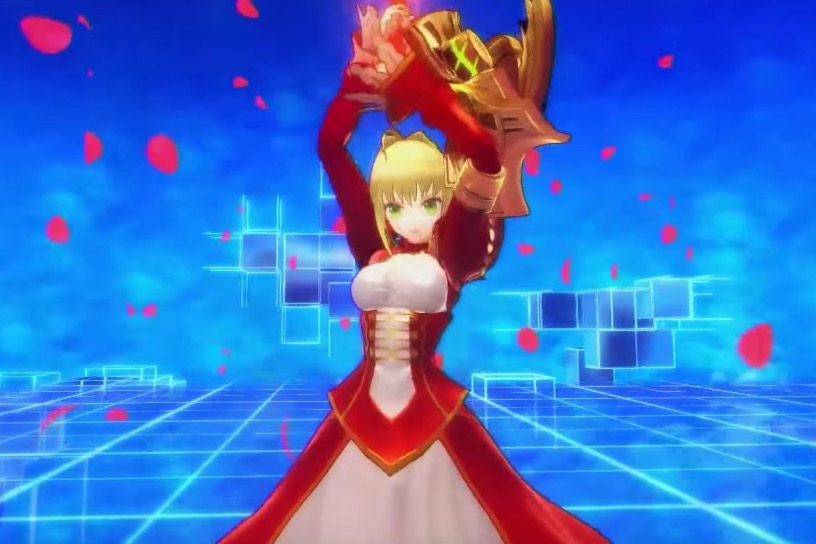 Fate/EXTELLA: The Umbral Star is quite the departure for the Fate series, at least as far as the interactive portion of the franchise is concerned. Typically confined to visual novels, Fate goes full-on Musou-style action in EXTELLA, which is coming to PlayStation 4 and PS Vita in the west this winter.

Last week’s E3 event may officially be over, but you can meet the Servants of Fate/EXTELLA and watch them work the crowd in the most painful of ways in the E3 trailer below.

Automaton is a spiritron computer, which exists on the moon and has the power to grant any wish. All across the spiritron-constructed virtual world, SE.RA.PH., Servants and the Masters who control them fight for the right to be the Moon Cell Automaton’s one owner in a ceremonial conflict known as the Holy Grail War.

Now, the Servant Nero Claudius and her Master have won the Holy Grail War and have obtained the universal wishing mechanism, the Holy Grail.

They also obtained the Regalia, a ring that proves their kingship. With it, they rule over their once-enemy Servants and start a new beginning on the moon’s new world.

But a new enemy has appeared before them. And this enemy has something that shouldn’t exist: another Regalia.