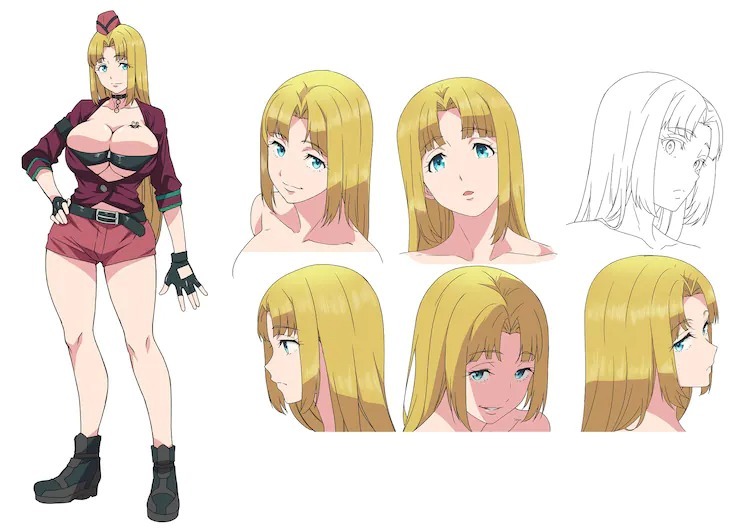 The official website for the World’s End Harem anime—which is based on the raunchy manga written by LINK and illustrated by Kotaro Shouno—came through with a new cast addition. The latest character to get in on the repopulation plan comes all the way from the US of A, with Rumi Okubo lined up to voice busty blonde American Chloe Mansfield.

Chloe’s style is listed as the type that almost appears as if it’s going to burst through her clothes, and, well, that’s clearly on display in the character visual above.

The World’s End Harem anime is currently streaming on Crunchyroll, which describes the series below: