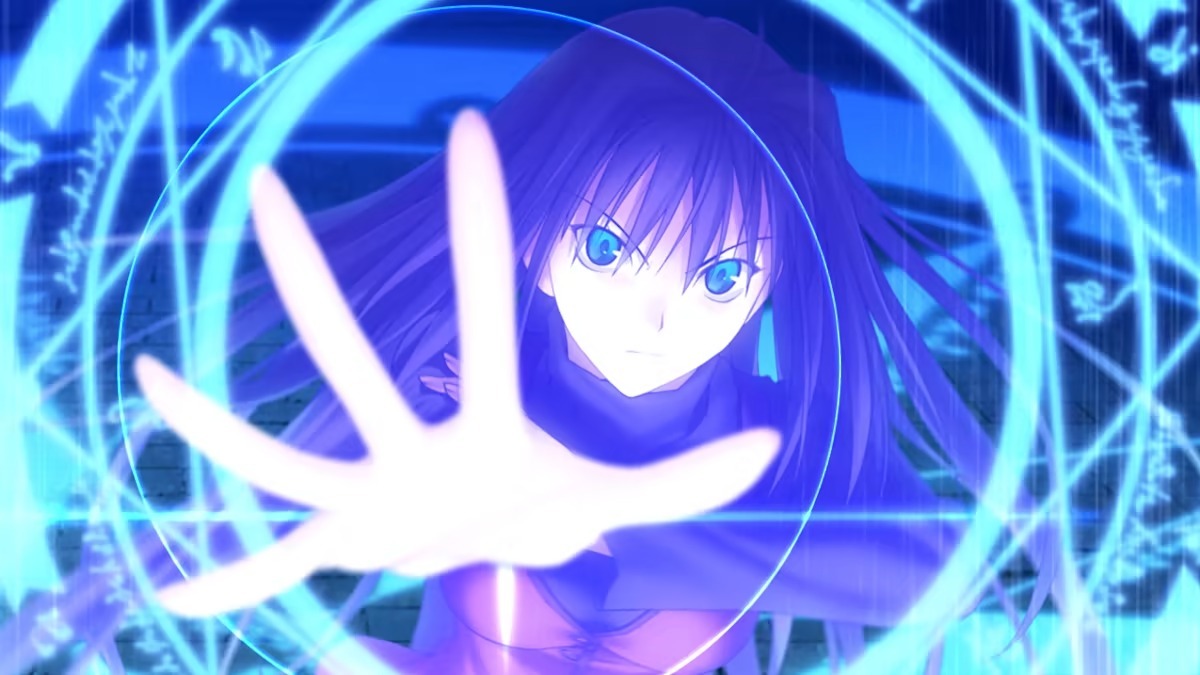 Japanese game company TYPE-MOON is known for its wide variety of visual novels, namely its most well-known property, the Fate/stay night series. But while just about everyone familiar with TYPE-MOON knows about Fate or even Tsukihime, there are still a few one-off titles that have long flown under many fans’ radars. Case in point: Witch on the Holy Night.

Witch on the Holy Night is a kinetic novel that’s meant to be experienced less than it is “played” as you would a typical visual novel. In fact, it’s actually a prequel to the remake timeline of Tsukihime, the visual novel from which the Melty Blood series sprang, which kicked off in 2008. This iteration of Witch on the Holy Night is, itself, a remake as well. It’s also an excellent narrative that’s well worth experiencing, even if you have zero familiarity with TYPE-MOON’s content. 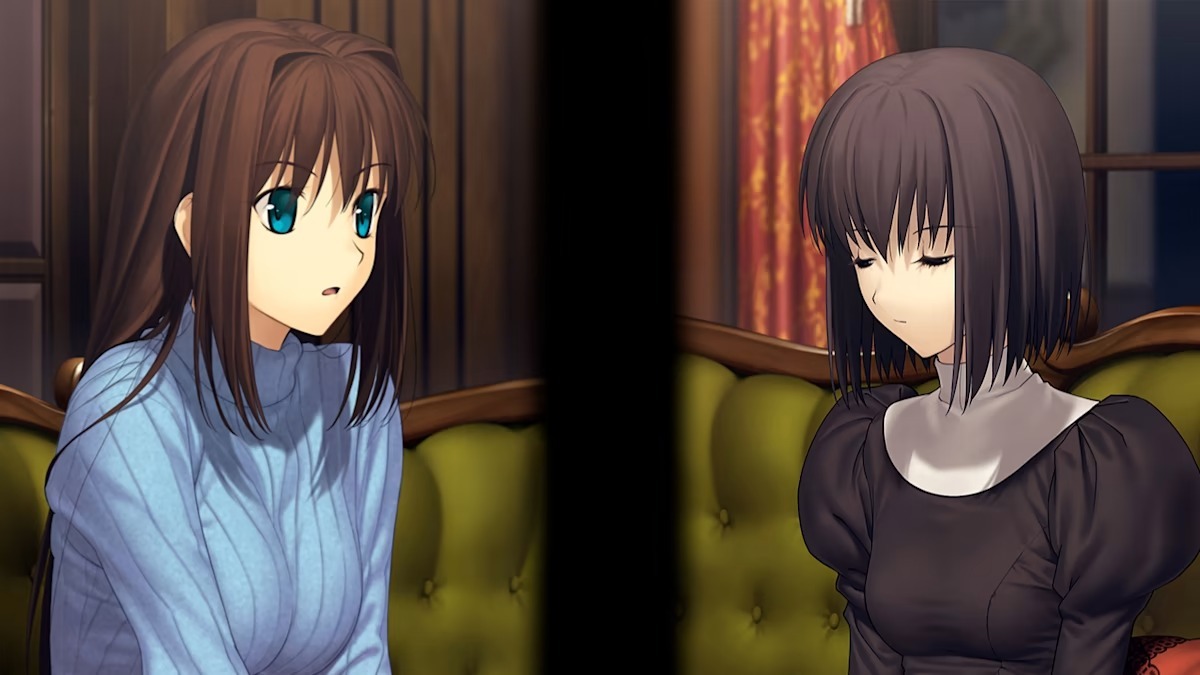 This coming-of-age journey follows three high school students: witch Alice Kuonji, mage Aoko Aozaki, and transfer student Soujuuro Shizuki. All three live together in a mansion. One day, Shizuki saw both the mage and witch he’s now living with practicing magic in the park in a society where magic is supposed to be kept under wraps. That night, a mannequin-like being attacks the two girls and ends up being burned up. Alice and Aoko see Shizuki and assume he was responsible—and he can’t get away alive.

As a consequence of seeing the pair, Shizuki soon comes to live with both Aoko and Alice. The pair have to make a decision as to what they should do with Shizuki so that no one can find out about the magic they’ve been dallying with. But while Alice is part of the story, the narrative mostly centers around Aoko and Shizuki. They both have very differing views about the other, with Shizuki making strange, wildly incorrect assumptions about Aoko—and Aoko being wholly unable to stand Shizuki, for the most part. 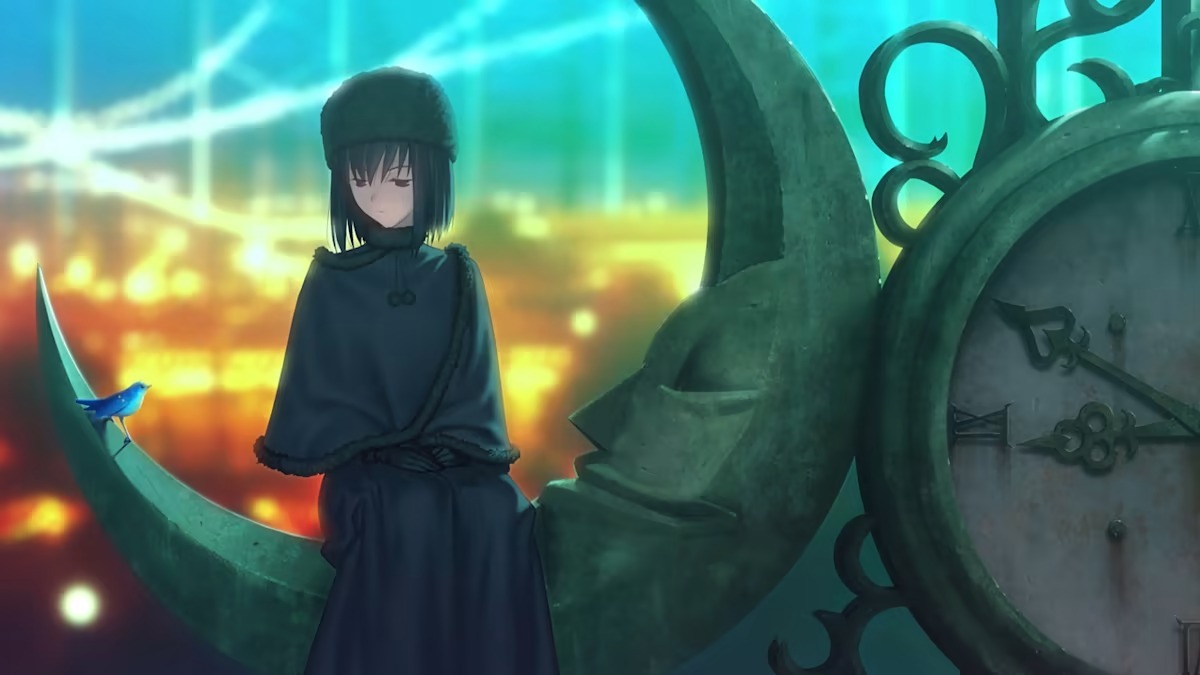 Shizuki is a quiet and warm-hearted country boy who players will end up empathizing with more than Aoko or Alice, especially given Alice’s emotional detachment and Aoko’s hot-blooded personality. While living in the mansion, the trio come to find who was responsible for the attack on the fateful night they met Shizuki. But not before they form complicated relationships together that make for some intriguing storytelling.

It’s a simple setup that opens up to a satisfying and intriguing story. It’s more story than game, however, as Witch on the Holy Night is a straightforward visual novel that doesn’t really rely on branching paths or even animated conversations. It focuses more on backgrounds, sound effects, moving music, and ambient environmental features that amp up the tension. Most importantly, every background image is deliciously sharp and in full, beautiful color. It’s a real treat for the eyes and something not every visual novel gets to show off. 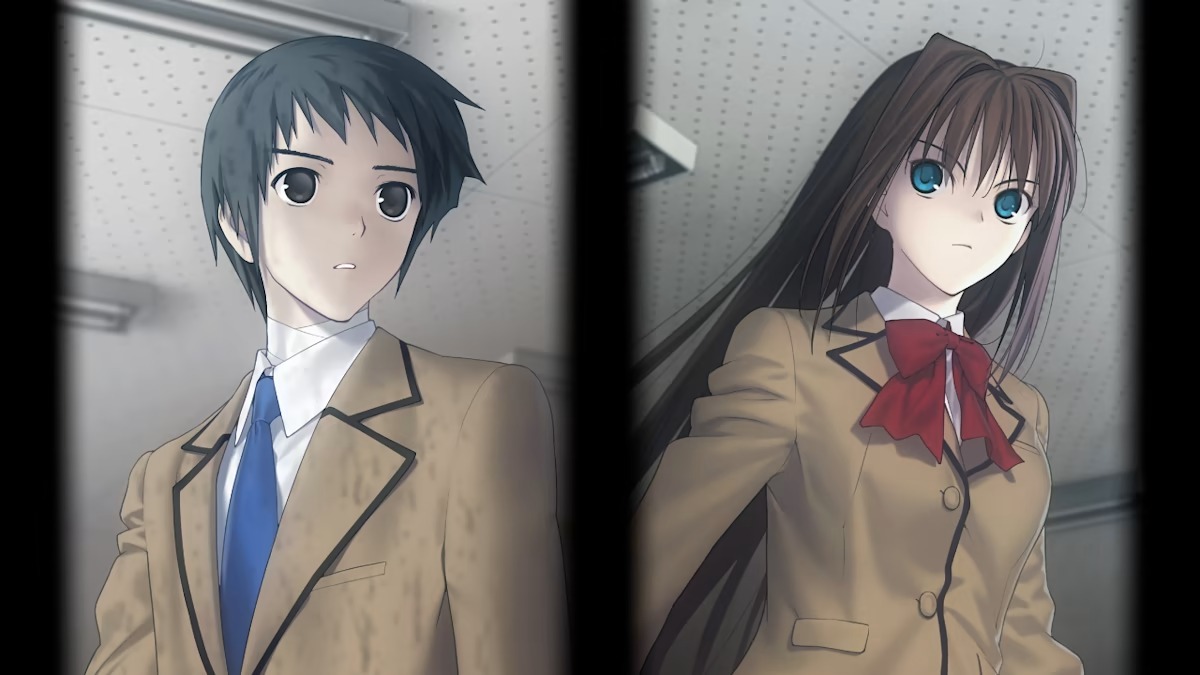 The music is gorgeous, and the voice acting solid—though there is no English option, if that’s something that concerns you. But the rest of the game is clean, aesthetically-pleasing, and exciting to wade through. It’s best experienced sitting in the dark with plenty of time to focus on each page of text so you can really take in the story. Think of curling up with your favorite book on a cloudy day with your favorite blanket and immersing yourself in a great story. That’s the same feeling that Witch on the Holy Night can give you.

This is the best this particular visual novel has ever looked or performed, even aside from the original PC release. It’s also the first official English release of a “real” TYPE-MOON visual novel, which makes it an even more special experience for fans who have been following the company for some time. So if you’re looking for something to devote a few hours to while you get to know some particularly memorable characters, Witch on the Holy Night is a fantastic choice. And the good news? If you enjoy the setup and the people you meet along the way, there’s an anime adaptation in the works.

witch on the holy night 1